FSA to issue statement as SVG is implicated in FBI probe 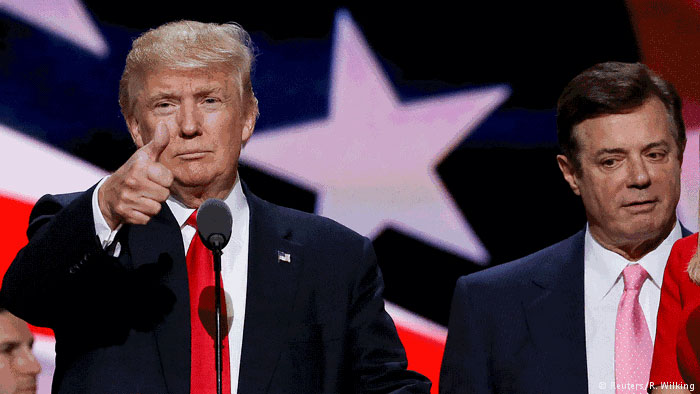 The Financial Services Authority (FSA) in Kingstown says it will issue a statement later on Monday as St. Vincent and the Grenadines is implicated in a U.S. Federal Bureau of Investigation money laundering probe.

SVG has been implicated in the investigation into alleged links between U.S. President Donald Trump’s campaign and Russian elements that might have influenced the 2016 U.S. presidential elections.

Trump’s campaign chairman, Paul Manafort, was indicted Monday on charges that he funnelled millions of dollars through overseas shell companies and used the money to buy luxury cars, real estate, antiques and expensive suits, the New York Times has reported.

The publication said that the charges against Manafort and his long-time associate Rick Gates represent a significant escalation in an investigation by special counsel Robert S. Mueller that has cast a shadow over Trump’s first year in office.

The SVG link in the indictment — which was came on Thursday, SVG’s 38th anniversary of Independence from Britain — refers to two companies, said to be incorporated in the Grenadines.

The indictment says these companies are Global Endeavour Inc., whose date of incorporation is listed in the indictment as “unknown” and Jeunet Ltd., incorporated in August 2011.

According to the indictment, between at least 2006 and 2015, Manafort and Gates –who served for years as political consultants and lobbyists — generated tens of millions of dollars in income as a result of work in Ukraine.

In order to hide Ukraine payments from United States authorities, from approximately 2006 through at least 2016, the defendants laundered the money through scores of United States and foreign corporations, partnerships and bank accounts,

The accused men allegedly hid the existence of the foreign companies and bank accounts, falsely and repeatedly reporting to their tax preparers and to the United States that they had no foreign bank accounts.

The indictment says that as part of the scheme Manafort and Gates repeatedly provided false information to financial bookkeepers, tax accounts and legal counsel, among others.

The amount includes US$409,660 sent in six tranches from August 2013 to August 2014 from Global Endeavours Inc. to a home improvement company in New York.

Manafort is also alleged to have sent a total of US$232,815 in five transactions from Global Endeavours to men’s clothing store in New York.

He did not pay taxes on this income.

The development comes just over a year after the

The Financial Services Authority (FSA), which regulates non-commercial-bank financial institutions in SVG objected to the country being placed on the European Union’s first list of international tax havens.

The FSA said the EU’s decision was “arbitrary and not supported by any objective or transparent process”.

“St. Vincent and the Grenadines intends to object to this blacklisting on an individual basis and from a unified Caribbean front,” the FSA said in a press statement on Monday.

SVG was among 30 territories that the European Union placed on the blacklist. It said the blacklisting came amidst a crackdown on multinational companies trying to avoid paying tax in the 28-nation bloc.