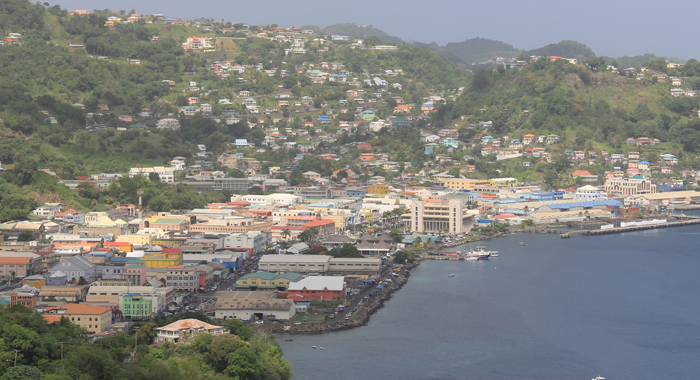 Authorities in St. Vincent and the Grenadines on Monday denounced the description of the jurisdiction as “notorious for money laundering” and a “prime money laundering destination”.

The terms were used in international media reports about the indictment on money laundering and tax evasion charges in the United States of former Trump campaign chairman, Paul Manafort and his long-time associate Rick Gates.

“The stated authorities consider such descriptions linking St. Vincent and the Grenadines with money laundering to be uninformed, outdated, erroneous and inaccurate,” the statement said.

According to the indictment, between at least 2006 and 2015, Manafort and Gates generated tens of millions of dollars in income as a result of work in Ukraine.

In order to hide Ukraine payments from United States authorities, from approximately 2006 through at least 2016, the defendants laundered the money through scores of United States and foreign corporations, partnerships and bank accounts,

In the statement, the Vincentian authorities said that at all material times, appropriate customer due diligence and customer verification procedures were undertaken in relation to the company formed in St. Vincent and the Grenadines referenced in the international media.

“The authorities note that even the most effective systems around the world sometimes may not prevent a criminal intention to commit fraudulent or money laundering activities, especially where legitimate names and business are utilised to incorporate a company or establish a business relation.

“The authorities recognise that this is so notwithstanding that satisfactory customer due diligence and customer verification procedures are obtained. Thus, having effective systems of sharing of information and cooperation in the investigation of money laundering and criminal matters have also been at the forefron of this jurisdiction’s  efforts over the past years,” the statement said.

“St. Vincent and the Grenadines has been assessed as being Largely Compliant in relation to its legal and administrative tax transparency framework and this denotes a responsible and transparent tax jurisdiction.

“This country is also ‘US FATCA’ compliant, i.e. compliant with the U.S. initiative to ensure tax reporting by its U.S. citizens holding assets outside of the US

“St. Vincent and the Grenadines continues to be extremely cooperative on the global front, in the investigation and prosecution of money laundering, tax offences and criminal matters,” the statement said.

It pointed out that commencing in 2001 and 2002, SVG made significant legislative and administrative changes to implement a sound AML/CFT compliance regime, to the extent that its FIU has for several years, been well recognised by the Caribbean Financial Action Task Force and major countries, as one of a leading FIUs in the Caribbean region.

“The country’s regulatory laws are up to date, modern and effective as is its regulatory administrative framework which has been put in place to supervise the various regulated sectors, through the FSA.

“St. Vincent and the Grenadines has to date implemented appropriate laws and regulations that require banks and other financial institutions to maintain robust, effective anti-money laundering and other compliance programmes.

“This country has also made considerable progress in ensuring a properly regulated and supervised offshore and financial industry. The work of St. Vincent and the Grenadines in relation to financial regulation has been positively recognized by the International Monetary Fund (IMF) in its last Article IV Consultation Press Release and Staff Report (2016), where St. Vincent and the Grenadines was described as leading the region with respect to non-bank supervision and its work acknowledged in relation to the offshore banking sector, which was subject to frequent banking inspections,” the statement said.

It said that the relevant authorities in SVG consider the aforementioned descriptions in the international media to be “particularly damaging to the reputation of St. Vincent and the Grenadines.

“It appears that reliance may have been placed on historical information about this country’s blacklisted status in the year 2000, as well as merely by reason of the operation of an offshore industry, which is popularly perceived as having negative connotations. The global stigma attached to offshore industries should not be broad brushed to this country, as St. Vincent and the Grenadines has substantively reformed its offshore industry since the early 2000s and presently operates a very small, well- regulated industry, governed by effective sector specific and general regulatory laws specifically covering anti- money laundering compliance.”