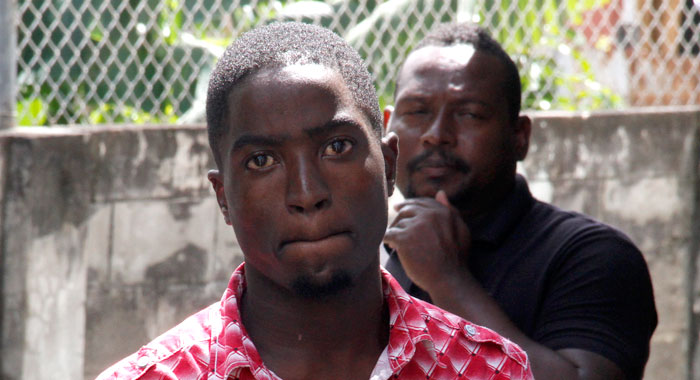 The Rose Place man charged with robbing a cruise passenger in Kingstown of a piece of jewellery on Nov. 9 has been denied bail for a second time.

Delplesche restated the same grounds for objecting to bail when Baptiste first appeared in court one week earlier, charged that on Nov. 8, at Bentick Square, Kingstown, he robbed an unknown man of an unknown address of one gold bangle.

He was also charged that on the same date and place, he resisted the arrest of Sergeant Keith Mc Burnette.

A third charge was that Baptiste assaulted the said police officer.

He was not required to plead to the indictable charges.

On Monday, the prosecutor told the court that the investigation is advancing and the prosecution “should be getting the matter off the ground soon”

“Soon, soon, because I am giving it a December date,” the chief magistrate said, and set the next hearing for Dec. 14.

The charges against Baptiste stem from an incident in which three males approached a group of elderly cruise visitors in Bentick Square and one visitor was grabbed by the neck and had a bangle stolen from him before the assailants ran off.