The benefits of community policing 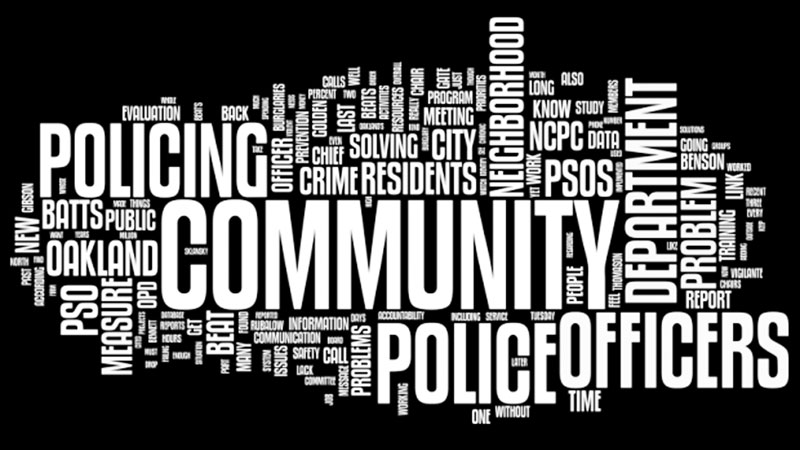 Within the last 30 years, countries worldwide have seen an increase in other government agencies, as well as community members, the media and private businesses forming collaborative partnerships between themselves and the law enforcement agencies.

Community policing is the name given to collaborative partnerships between the police and the public that aim to develop solutions to problems within their communities and also increase trust in the police.

According to Farrell (1994), community policing is defined as an organisation-wide philosophy and management approach that promotes community policing partnership, proactive problem-solving and community engagement to address the causes of crime, fear of crime and other community issues.

The philosophy of community policing focuses on what has to be done, how it is done and whether modern management practices technique and technology increase efficiency and effectiveness. This philosophy is based on the concept that police officers and private citizens working together in creative ways can help solve contemporary community problems related to crime, social and physical disorder and neighbourhood decay.

Here in St. Vincent and the Grenadines, while some aspects of community policing — such as the Pan Against Crime initiative, Police and Coast Guard summer programmes, and the Police Youth Clubs — are practised, much more is needed in order to see a reduction in crimes, such as murders. Every police officer must understand and be willing to play his or her role in aspects of community policing. It cannot be left to the few persons who are directly responsible to see the programmes’ success. Many persons criticise the Pan Against Crime programme and even the Police Youth Clubs on the grounds that they cannot stop or have not stopped crime. While I believe that much more is needed to be done with better structures put in place, can you imagine what these hundreds of youths that are involved in these programmes might have been doing in their spare time if these programmes were not around? Let us measure the success rate of these programmes through a scientific approach by calling on the authorities to do a quantitative and qualitative study and find ways to improve them, based on the results of these studies.

Community policing is not a cheap venture by any means. It will take the government, along with the private sector, to invest heavily in such programmes. In the United States, just before 911, millions were invested in the Department of Justice in various aspects of community policing programmes and projects in an effort to help city governments reduced crime and to assist neighbourhoods in reclaiming their identity. However, these monies were diverted to Homeland Security due to the high threats of terrorism. Our youth will find the wrong things to do if they are not actively involved in programmes that are designed to make them better men and women in the future. This new dimension of community policing will take major organisational change, new thinking from the police hierarchy, teamwork and the involvement of civilians if we are to succeed in the fight against crime by way of community policing.

Let us begin a conversation on community policing and developed strategies to restore our country to the peaceful place it used to be and give our citizens a chance to reclaim their identity.

One reply on “The benefits of community policing”