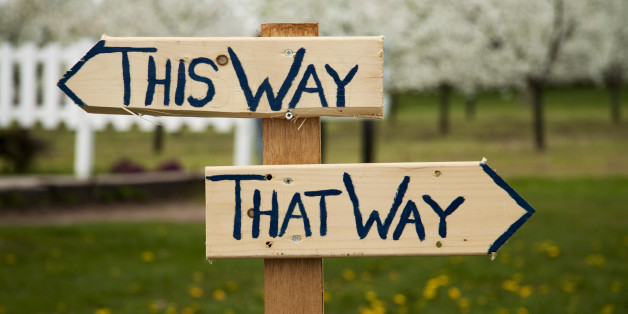 As discussed in my last essay (see number 64 below), the economic notion of “opportunity cost” — the balance between choosing one alternative over another, in this case, building and maintaining Argyle International Airport (AIA) on the mainland of St. Vincent and the Grenadines (SVG), as opposed to spending the same roughly EC$700 million on other projects — means comparing different choices.

Instead of AIA, other choices could have been: temporarily subsidizing and promoting potentially promising agricultural and food processing sectors to jump start the largely moribund agrarian industry, historically the mainstay of our economy; partnering with our neighbours and the private sector to subsidise intra-island fast-ferry service in order to stimulate inter-island trade and multi-island tourism; joining with overseas interests to fund a multi-purpose, for-profit mainland medical-tourism facility; and/or investing in the retirement/nursing home/geriatric treatment business, in partnership with our medical schools, to tap a growing and lucrative international market.

Assessing opportunity cost — not an easy task, to be sure — should have been part of the impartial AIA feasibility study that the most expensive and complex publically-financed project in our history demanded. Such a study would surely have evaluated reliance on the risky, volatile, highly competitive, and seasonal Caribbean hospitality business, a sector our neighbours developed decades ago.

No such study was done because it would have revealed, based on previous airport and other studies, that AIA was neither necessary nor sufficient to fully realise our mainland tourism potential, especially with presence of a holiday jetport in Canouan, if only because this potential was so limited for all the reasons I have endlessly documented.

Accordingly, what other development options were sacrificed to build AIA — what could the hundreds of million in AIA loans, grants, and land sales been spent on instead?

My reading of our agricultural history and its current economic potential tell me that a revival of large-scale export agriculture or a burst in the overseas sale of locally processed items (alcoholic beverages, other bottled drinks, canned foodstuffs, etc.) is not in the cards, a belief reinforced by two samplings by myself and friends of our overpriced St. Vincent Chocolate Co. […] dark chocolate product (EC$12.50 for an 80 gram bar) locally sold on the same shelves and at the same price as fresher-tasting and flavourful imported and highly taxed name-brand chocolate bars of the same type. That members of our political establishment have raved about the St. Vincent Chocolate Co. product strikes me as nothing more than an “emperor has no clothes” story.

By comparison, a similar 90-gram world class Godiva chocolate bar retails for less than half the price in the United States. Less renowned but popular bars are one-sixth the price.

While recognising that the primary aim of the parent St. Vincent Cocoa Company, like all other Third World growers, is to ship processed cocoa overseas to hundreds of First World chocolatiers, I assert that the viability of doing so is questionable because we could never compete with the huge number of small and large, low-cost but high-quality growers in West Africa (Ivory Coast, Ghana, Nigeria, Cameroon, and Togo) who produce 70 per cent of the world’s crop, sometimes using cheap child slave-labour, a belief supported by the quick demise of a former entity also called the St. Vincent Cocoa Company in 2014 due to a “lack of viability” of local production.

The same economies of scale (mainly not enough land), high labour costs, and low productivity (due to a lack of mechanisation and other factors) apply to arrowroot (which has repeatedly been resurrected then reburied since commercial exports began in the first third of the 19th century) and a proposed return to an equally ancient but minor crop, coffee beans.

Because mass tourism and agriculture/food processing are so limited and uncompetitive on the mainland, together with my lack of expertise to opine on other mainland alternatives, I can only suggest that the monies spent on AIA should have been allocated on enhancing tourism in the only place it has substantial future growth prospects, namely our enchanting Grenadines.

Those who would argue that The Grenadines are too small and overdeveloped for more tourist expansion or that accommodating tens of thousands of additional stopover vacationers would precipitate irreversible environmental damage should study the data in Table 1 which show that the cays are far from overpopulated or overrun with visitors.

More particularly, if the Grenadines received 50,000 additional stopover passengers over a 10-year period, their population density would still be just over half of tiny St. Barts.

With this in mind, here is my list of tourist development features that should have (and could have) been put in place in the Grenadines instead of being wasted on building and running AIA:

The spacious seaside boardwalk at Philipsburg, Sint Maarten, with its many bars, restaurants, and shops is a top island attraction.

Few people realise that nearly the entire Miami Beach, Florida, coastline is reclaimed sswamplandthat must be constantly replenished with inland sand. This relentless refurbishment is needed to keep attracting the nearly nine million people from around the world who visited Miami Beach in 2016, tourists drawn primarily by the beach itself whose spending added nearly EC$40 billion to the seaside economy last year.

So why didn’t any of our leaders, going back to Ebenezer T. Joshua, propose similar schemes to build tourism in the Grenadines? One simple reason: electoral politics. With only a single seat until the Mitchell era and a mere 15 per cent of voters, this would have translated into widespread mainland opposition to hundreds of millions of dollars, much of it in the form of loans, allocated to tourism development in the cays, regardless of whether the chief developer happened to be born there or not. Such resentment and associated envy would have been spearheaded by whichever party happened to be in opposition. Organised resistance would have occurred regardless of whether a big boom in tourism in the Grenadines could have benefited the mainland by creating thousands of new jobs and stimulated increased agricultural production to feed thousands of new holiday visitors. In little SVG, as in most other countries, when economics clashes with politics, politics nearly always wins.

Equally important, converting the Grenadines into a duty-free zone, as economically worthwhile as it may have been, would have been resisted by the economically illiterate political elite because it would have been wrongly interpreted as deprived the treasury of countless millions that the ruling party could have used to buy votes, directly during election campaigns or indirectly through featherbedded jobs and bogus make-work projects, from one election to the other.

Of course, all of the above is idle speculation: it never happened and could never happen, more reason to argue that politicians generally erect monumental projects like AIA only to maintain their grip on power.

May Almighty God have mercy on the rest of us.

This is the 65th in a series of essays on the AIA folly. My other AIA essays are listed below: