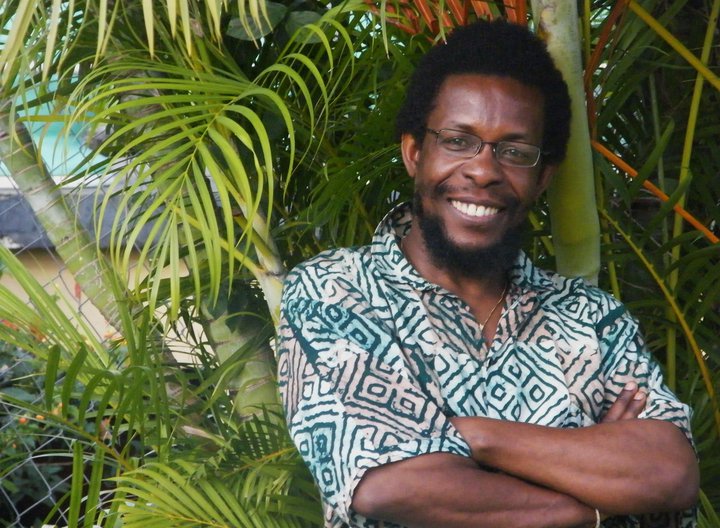 Just four days before he was to be honored by a Vincentian group in Brooklyn, popular Vincentian community activist Maxwell Haywood died on Wednesday after ailing for some time.

Haywood’s wife, Sherrill-Ann Haywood — an employee at the predominantly Black Medgar Evers College in Brooklyn who had worked closely with her husband, while he served as the long-standing chairman of the Brooklyn-based St. Vincent and the Grenadines Diaspora Committee of New York, Inc. — made the announcement Wednesday on the social network, Facebook.

“Family and friends, it is with a heavy heart that I confirm that my confidante, best friend and husband, Maxwell Iwaki Haywood, passed away peacefully this morning,” posted Mrs. Haywood, drawing swift reaction from hundreds of Vincentian and Caribbean nationals, who posted their condolences on the network.

“Damn! I saw him on Friday. I knew he was low and ailing, but Che said we revolutionaries dream the impossible,” posted Jomo Sanga Thomas, the speaker of the House of Assembly in St. Vincent and the Grenadines.

“I held out home [hope] that he will bounce back,” added Thomas, also a lawyer and social activist. “Max and I went back to mid-1980s, when I met him at Medgar Evers [College]. We were comrades in arms in the SVG [St. Vincent and the Grenadines] Progressives League, which was the NY support arm of YULIMO [a defunct progressive group in St. Vincent and the Grenadines].

“Max was disciplined and committed,” Thomas continued. “He loved the people of our country — passionate — and spent his entire adult life working to build bonds of friendship and community.

Thomas said Haywood had “the highest level of emotional intelligence for any man I knew.

“In these trying times, I send positive energy and offer my deepest sympathies,” he said. “A little giant has left us. May his memory spur us on to new battles and greater victories.”

Laverne McDowald-Thompson, the president of the Brooklyn-based umbrella Vincentian group in the United States, Council of St. Vincent and the Grenadines Organizations, U.S.A. Inc. (COSAGO), extended condolences to Mrs. Haywood and her family.

“Bro. Max has fought a good fight,” she wrote on Facebook. “He has finished his course and [has] now gone to rest. May his soul rest in peace.

“Please find comfort knowing that we are all thinking of you and his beautiful daughters,” McDowald-Thompson added. “Keep the faith my sister. Great lost to the community and truly a sad time for us. Peace be with you.”

Dextar Rose, a former St. Vincent and the Grenadines Ambassador to Cuba, wrote: “Do accept my condolences, Sherrill-Ann. Last time we chatted, he was in good spirits. Much love to you and the fruits you shared.”

Franklyn Dexter “Supadex” Richards, a prominent Vincentian graphic artist in Brooklyn, who served as a consultant to the St. Vincent and the Grenadines Diaspora Committee of New York, Inc., said he felt numbed with Haywood’s passing.

“I wish it wasn’t true,” said Richards, a former president of VincyCares, Inc., which will honor Haywood posthumously on Sunday at El Caribe Country Club in Brooklyn. “I’ve looked up to this brother because his knowledge and wisdom are second to none.

“His love of country and people are legendary,” he added. “Oh what a loss! My heart grieves because the world didn’t get to see your full potential. May our ancestors guide your way home and continue to look over your wife and children. Amun.”

On Nov. 9, Mrs. Haywood posted on Facebook: “Dear friends, as many of you may know by now, my best friend and husband, Maxwell Iwaki Haywood, has been battling serious health challenges for the greater part of this year.

“Many of you have offered your support, thoughts and prayers, and our family thanks you immensely,” she said. “VincyCares has also seen it fit to honor him for his years of dedicated and selfless commitment to the Vincentian Diaspora. Maxwell has never given of himself for recognition but for his love of country and community.

“But he is humbled to receive this honor because of his admiration for the work of the members of VincyCares and their impact on the lives of children,” she added. “Because of this, I encourage you to show your support to VincyCares and to Maxwell by placing a congratulatory message in their commemorative journal and by attending their scholarship luncheon on Dec. 3, 2017.”

‎Michael Alexander, a VincyCares board member, said Haywood was born in St. Vincent and the Grenadines in the village of New Grounds.

He attended the New Grounds Primary School, which was then called Union Methodist School. He also attended the St. Martin’s Secondary School in capital Kingstown.

Before migrating to the US, Alexander said Haywood was very active in sports (track and field, cricket and soccer); cultural arts (music, drama, poetry); and community development activities and organizations.

In the US, Alexander said Haywood continued his education, and became active in “sports, cultural arts and community development pursuits.”

For more than 20 years, Alexander said Haywood had been working at the United Nations as a social development affairs officer.

Before he took sick, reportedly in May, Haywood was “responsible as the Focal Point for the United Nations Program on the Cooperative Enterprise Model of Development,” Alexander said.

“Mr. Haywood will be a distinguish honoree at our 8th Anniversary Luncheon, on Dec. 3, 2017 at El Caribe,” he said on Facebook before Haywood’s passing. “Come hear more about Maxwell Haywood and his remarkable contributions to our nation, St. Vincent and the Grenadines.

“His works have proven to be infinite in our Diaspora,” Alexander added.

“Very deserving,” said Terrance Edwards, a realtor in Brooklyn, who had worked closely with Haywood in the St. Vincent and the Grenadines Diaspora Committee of New York, Inc., about Haywood’s honor. “One our gems, who has [had] worked tirelessly on the behalf of our country, community and people — in front and behind the scenes.

“This is just a token of appreciati­on,” he added. “We know we cannot pay you for all your hard work and sacrifices. We pray blessings on you and your family. We love you, brother Maxi.”

Haywood’s age, the nature of his illness and the cause of his death were not revealed by his family at press time. Funeral arrangements were also not announced at press time.