Jail for man who thought illegal gun would bring luck 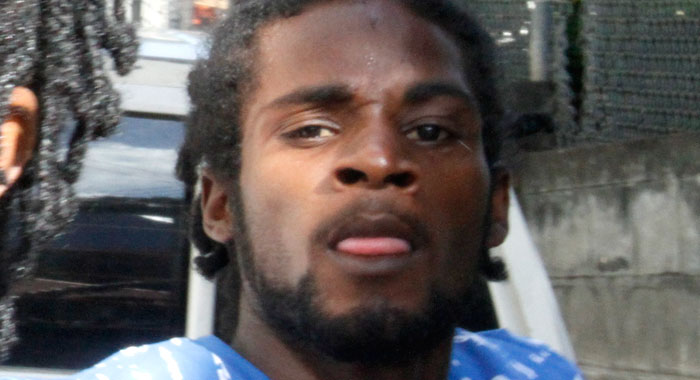 A 23-year-old man who thought that holding an illegal firearm for a friend would have brought him luck, might be counting his lucky stars that he would serve less than half of the seven-year jail term imposed on him for three illegal guns and 13 rounds of ammunition.

On Wednesday, Lenny Shallow, of Lowmans Hill, told the Serious Offences Court in Kingstown, that he liked because of its size the 9 mm Beretta pistol that a friend asked him to hold.

“Your honour, at first, I thought it was good luck having the Beretta. Like two weeks ago, I used to plant her in the bush. So I know a man name Lem, he meet me in town and say he wah (wants to) go back bush [to] go plant weed but he geh (has) a pipe (gun) but he don’t want to carry it in the bush,” Shallow said at his sentencing, two days after he pleaded guilty to three counts of firearm possession, among other charges.

Shallow told the court that the man asked him to hold the gun for about two weeks for him.

He said he agreed and the man brought the gun in the village for him and he took it home.

“First, I think well–” Shallow was saying when the magistrate asked him if that was his good luck.

“Yeah!” he responded, adding, “The thing look–” and chuckled.

“Ah like how it look; how it big and everything,” he said, adding that after the man brought the gun to him, he put it in a bag and put it in a corner.

He told the court that he found the .22 at the side of the road and took it home, threw it “in the corner where the rubbish dey”, adding that there are tools in the corner.

When he was arraigned on Monday, Shallow pleaded guilty to a charge that on Sunday, Dec. 10, at Lowman’s Hill, he had in possession one .22 revolver without a licence.

He also pleaded guilty to having in his possession one firearm, the make and model of which is unknown.

Shallow further pleaded to possession of one 9mm Beretta pistol and also pleaded guilty to being in possession of a component part of a firearm.

The man also pleaded guilty to possession of 13 rounds of 9mm ammunition without a licence.

The court heard that on Sunday, Detective Corporal 209 Philbert Chambers headed a party of police officers on mobile patrol of the Lowmans Hill area.

Chambers saw and pointed out to a party a marijuana plantation overlooking Lowmans Bay Power Plant.

The police officers also saw a wooden house on the plantation.

A search of the house revealed the firearm and Shallow told the police officer that they belonged to him, according to the facts presented in court.

Shallow, however, denied telling the court that the firearms were his, but admitted that they were found at his house.

He was initially charged along with Wendy Trotman, who pleaded not guilty and had the charges against her withdrawn.

Shallow told the court that since he decided not to go back into the mountains to plant marijuana, he decided to plant some trees at his house.

The defendant told the court that he got to Form 5 but did not sit his secondary school leaving exams because his mother was overseas at the time and he did not have the money to pay the fees.

“I am the only one who did finish,” he said.

He, however, told the court that he works in construction and is also a fisherman and owns a boat.

“Why you had to go look for trouble?” the magistrate said, noting that possession of an illegal firearm carries a maximum penalty of seven years and a fine of EC$20,000, or a combination of both.

She told the man that he would definitely get a custodial sentence.

She noted, however, that he had no criminal record.

“What sensible young man would think having a Beretta — it look good, it’s big — would bring good luck?”

Asked his view on sentencing, Senior Prosecutor Adolphus Delplesche said his only representation was to say that Shallow could not escape a custodial sentence.

Shallow was sentenced to three years for the 9mm pistol, one year for the 13 rounds of 9mm ammunition, one and a half years for component part of a revolver, two years for the other firearm, and one month for the cannabis.

The chief magistrate commended Chambers for his work, noting that he was on foot patrol when he made the arrest.

“Foot patrol. That is a good corporal,” she said.

Chambers told the court that he and his party uprooted the marijuana seedlings on Shallow’s plantation.