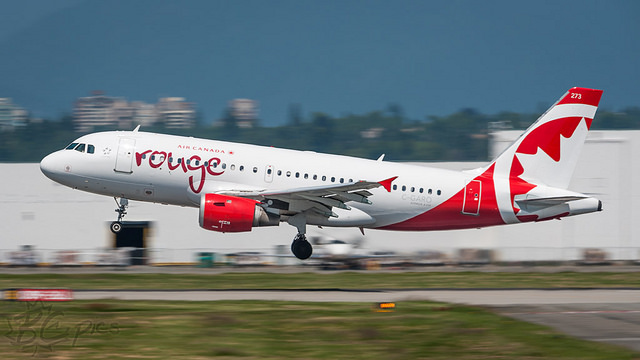 The flight is the first scheduled international non-stop flight to Argyle International Airport since it began operating on Feb. 14, 2017.

The Air Canada Rouge Service from Toronto will operate once weekly during the winter season until April 12, 2018, using an A319 aircraft, with a capacity of 136 seats.

On May 3, 2017, Air Canada announced St. Vincent and the Grenadines as one of six new routes for the airline’s winter season.

The SVD route was launched on Oct. 25, at an event hosted in Ontario by Air Canada.

That event was attended by SVG’s Consul General in Canada, Fitz Huggins and Shelley John, the Tourism Authority’s Director of Sales in Canada.

According to the airline, its first long-haul international scheduled service to SVG “offers new choices for travellers looking to escape Canadian winters”.

A “call to action” by the SVG Tourism Authority was launched in September. This included a taxi wrap promotion with 60 taxis in Toronto. Flight promotion with Canada Traffic Network was also undertaken featuring television ads during traffic reports on Global TV Toronto, as well as radio ads on stations in St. Catherine’s and Hamilton, Ontario.

The latest visitor arrival report shows an increase of 10.4 per cent in stay-over visitor arrivals from Canada for the period January to September 2017, accounting for 5,997 visitors, up from 5,433 in 2016, the Tourism Authority said in a press release.

“Tourism has been the main foreign exchange earner and accounts for approximately 20 per cent of the gross domestic product for St. Vincent and the Grenadines; it is expected that the international airport will increase earnings in this sector. The Argyle International Airport is also expected to increase accessibility to this multi island destination from its major source markets, Canada, the USA and Europe,” the release said.