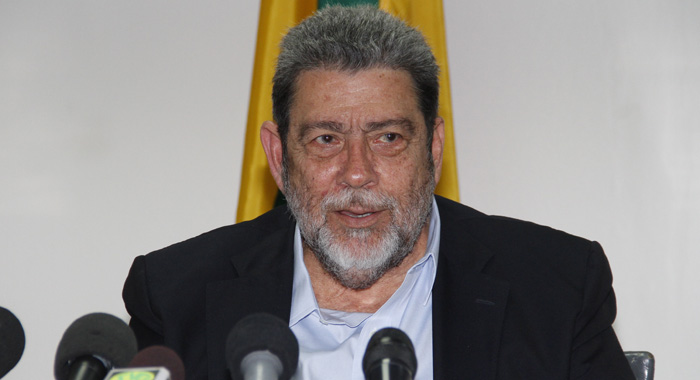 Prime Minister Ralph Gonsalves missed an event to mark a significant milestone in the nation’s aviation history last Thursday because he was “under the weather”.

The 71-year-old leader was scheduled to speak at the event at Argyle International Airport to mark the inaugural flight of Air Canada Rouge to the destination.

The flight took place 10 months to the day that Gonsalves opened the airport, fulfilling, six years later than promised, a major promise of his Unity Labour Party administration.

He told the ceremony:

“I know a lot of people have been asking where the Honourable Prime Minister is. He should have been here and would have been here, but, unfortunately, he is a bit under the weather and sends his apologies but he says he would definitely try and make it to the next one.”

Air Canada Rouge is expected to make weekly flights from Toronto to AIA until April 12, next year.

In November, Gonsalves missed a meeting of Parliament and stayed away from work for nine days after being tossed about and injured in his official vehicle while on his way to the Argyle International Airport.

The vehicle is reported to have been braked and swerved to avoid hitting another vehicle that had stopped suddenly.

“The problem really is that you get one of these, I call them opportunistic injuries. The vehicle stops suddenly, had to pull away, you had to instinctively put your hand up and find a place to break your own fall,” Gonsalves said then.

One reply on “‘Under the weather’, Gonsalves misses Air Canada’s arrival”