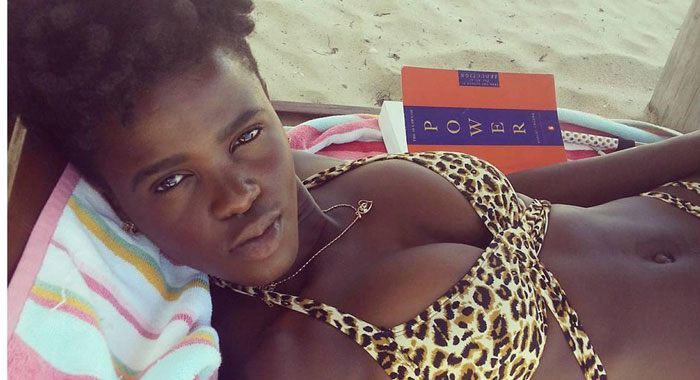 Prime Minister Ralph Gonsalves says that with the ongoing saga surrounding former model Yugge Farrell, Vincentians are now realising how someone can use cyberspace to say or post whatever they want.

“And that is why you need to have regulations and laws. And this is a new field. There are people who think that cyberspace should be unlimited freedom,” he said on WE FM on Tuesday.

Last Friday, Farrell, 22, of Lowmans Bay, was sent to the Mental Health Centre for two week’s evaluation after she pleaded not guilty to an abusive language charge.

The woman was sent for psychiatric evaluation at the prosecutor’s request in the absence of any evidence to support their application and amidst strong protest from defence counsel Grant Connell.

However, since iWitness News broke the story last Friday, a number of emails containing threats and slanderous statements purportedly sent by Farrell have surfaced.

Gonsalves said the Cybercrime Bill seeks to regulate who uses cyberspace to accuse others of killing, theft, rape, defrauding, being gay, being a whore, and to issue threats.

“And the existing laws could capture some of it and that is why you need a specific cybercrime bill,” the prime minister said.

In August 2016, Parliament passed the Cybercrime Bill into law amidst arguments by opposition lawmakers as well as regional and international press freedom advocates that the legislation will have a chilling effect on free speech.

Only minor typographical amendments were made just before the vote at the end of two days of debate on the bill that Prime Minister Ralph Gonsalves tabled on May 31, when the draft was sent to a select committee, which met eight times to review it.

The prime minister had said that the bill was “absolutely not” intended to police social media as some persons had opined.

Among other things, the law creates offences relating to cyber harassment and bullying, illegal accessing and remaining in a computer system, as well as illegal interception, acquisition or interference of computer data.

The law is yet to be operationalized, almost two years after being passed.

In his call to WE FM on Tuesday, Gonsalves said that some of the persons who were opposed to the law are now appreciating why it was necessary to have such a law and to ensure that it is enforced.

“Because many of them have been abused and defamed and brought into disrepute by persons who simply have a cell phone or somebody who has a laptop.

“It is an issue which the society, more and more, will have to be addressing.  And we are in the baby steps of doing this. The law is important, but the machinery necessary for the enforcement of the law has to be properly established.”

He said there are persons trained in fighting cyber crime but there is no unit.