Man dies after being crushed by wall 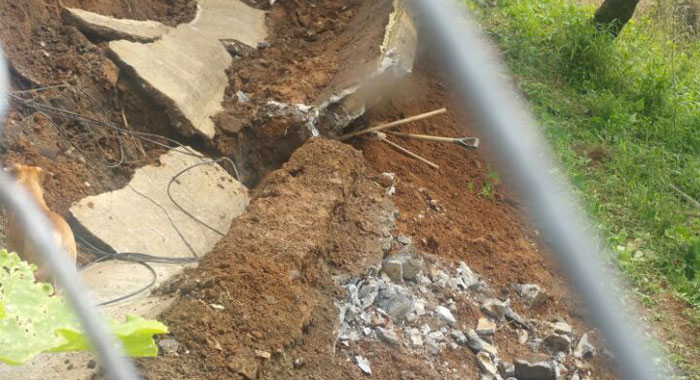 A section of the wall that collapsed, resulting in the labourer’s death.

A 24-year-old labourer died Tuesday morning after being crushed when a brick wall collapsed, police say.

Kelvin Richards of Montaque, Mesopotamia died on the scene of the incident in Evesham about 10:20 a.m.

“Information received indicates that a retaining wall fell on Richards, while he and another labourer, Alvin John, of the same address, were digging a trench to build a wall to reinforce an existing wall that barricades a private property in  Evesham,” the police public relations department said.

Further investigations into the circumstances surrounding this incident are expected to be carried out, police say.