What ‘compromising info’ was in ‘blackmail’ letter? 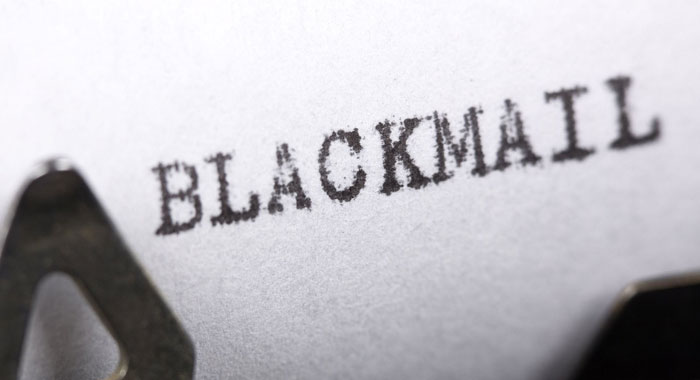 The question by Kay Bacchus-Baptiste, who is also a senator for the main opposition New Democratic Party, comes in light of a statement by the prime minister, that Farrell, 22, demanded EC$50,000 in exchange for her silence.

The woman, a Lowmans Bay resident, was on Jan. 4 charged with using abusive language, to wit, “you dirty b***h”, reportedly when she delivered the letter to Duncan-Gonsalves.

She pleaded not guilty to the charge when she appeared in court on Jan. 5 and was committed to two weeks of psychiatric evaluation in the absence of evidence to support the prosecution’s application.

Her lawyer, Grant Connell, protested strongly, but in vain, against the application.

Speaking on Current Affairs on NICE Radio Tuesday night, Bacchus-Baptiste said that she does not know if there was blackmail at all — as the prime minister has claimed.

“But let me tell you what blackmail is: the action which is treated as a criminal offence of demanding money from someone in return for not returning compromising information which one has about them.

“In other words, it is demanding hush money. Persons use the fact of compromising information to blackmail people, to threaten them, to hush them up,” Bacchus-Baptiste said.

“When you speak, you have to realise that other persons with understanding would be listening. He (the prime minister) said more than once about blackmail. I have said I don’t know whether this is so. But, I would repeat again, it is demanding money in return for not revealing compromising information which you have about the person. Demanding hush money,” Bacchus Baptiste said.

One day after being sent to the psychiatric hospital, a number of videos appeared on the internet in which Farrell makes a number of claims, including that she was involved in an extramarital affair with Camillo, which ended in 2016.

Bacchus-Baptiste said that the reference to blackmail is why the matter is not a private one.

“This is not a private matter between Gonsalves (the prime minister), Camillo and his dear wife and the lady. This is something that should concern the public.

“And when you hear the emails that have been leaked, or have even [been] referred to by people like Storm Gonsalves (the prime minister’s son), and the content of them, we have to wonder, was there some perverse sexual acts being conducted with this young lady and the minister and other persons? Is that what the blackmail was all about.”

After Farrell’s court-ordered hospitalisation, a number of documents resembling emails, which persons circulating them are suggesting were written by Farrell have been circulated.  The documents contain unsubstantiated claims about a number of high-profile persons, including that they have “full blown AIDS”.

“I am very, very concerned and as I am concerned, I join with the leader [of the Opposition] Dr. [Godwin] Friday, in calling for the resignation of Camillo Gonsalves, except he can give an understandable, reasonable and truthful explanation for what this blackmail letter all about.

“I say this because you have said that the UN has said that St. Vincent has one of the highest incidences for rape and violence against women. If we listen to what this young model is saying, her rights have been violated, if what she says is correct, by men in all sorts of group acts. This is a very, very serious issue, it is not a private issue and I do not see how a man who wants to be prime minister can remain silent and allow his papa to speak for him.”

Bacchus-Baptiste noted that three months is the longest prison sentence that can be imposed on someone found guilty of a crime under the section under which Farrell was charged.

“So it raises the issue, if you commit the offence of blackmail, which is a much more serious offence and it was said to the police, is it that there was not enough evidence to support it? Or it is not true? Nothing was done to her.”

Farrell is scheduled to return to the Kingstown Magistrate’s Court on Jan. 22.

5 replies on “What ‘compromising info’ was in ‘blackmail’ letter?”