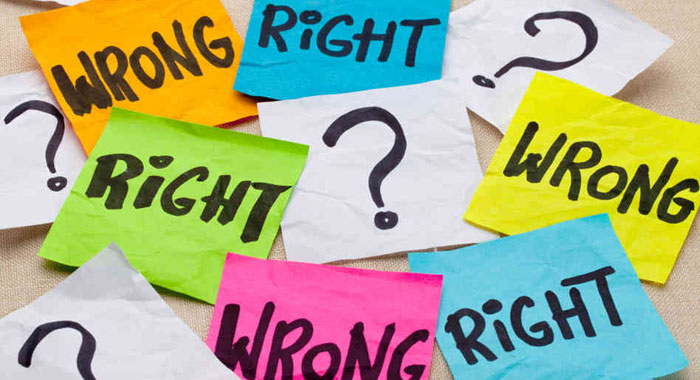 St. Vincent and the Grenadines’ newest lawmaker says that ethics and morality are also important in political leadership.

“Leadership is not leadership unless it is moral,” opposition senator Kay Bacchus-Baptiste said on Current Affairs on NICE Radio on Tuesday.

She was, at the time, commenting on the ongoing scandal in which former model Yugge Farrell, 22, said she and Finance Minister Camillo Gonsalves, 44, had an extramarital relationship that ended in 2016.

“I say this because I’ve heard many people say, ‘Oh, it doesn’t matter. That is something between Camillo and his wife, and maybe, the girl and what happened, that is not important.’

“Let us not fool ourselves. We have to hold our leaders to a high standard of ethics and morality and one’s values, they are very important in a leader.

“I say this because of the salacious — and I am using the same word that [Prime Minister] Dr. [Ralph] Gonsalves used — and what I would call perverse sexual accusations that have been made surrounding Camillo Gonsalves”

Bacchus-Baptiste was, in November 2017, appointed a senator for the main opposition New Democratic Party. She is also the party’s candidate for West St. George in the next general elections, constitutionally due in March 2021.

The senator could make her maiden address to the national assembly on Jan. 29 during the debate on the Estimates of Income and Expenditure for 2018.

She told radio listeners that the ongoing saga is not trite or something to be swept under the carpet and will not go away.

Camillo has not commented publicly on the ongoing scandal even as the prime minister has been commenting on it and has told the public that he has advised his son and finance minister not to say anything yet.

Bacchus-Baptiste asked, why, then, is the prime minister responding.

“Why is he responding for his son and speaking on every radio station every chance he can get? Why he is the only person responding?”

Bacchus-Baptiste noted that the prime minister has said that other persons’ names were mentioned in the scandal.

“… you hear anybody going out and trying to defend it? Why is he responding like that? Me thinks the man doth protest too much,” Bacchus-Baptiste said and repeated her passion that the finance minister should resign.

“… his name has been brought to a level of discussion in this country as Minister of Finance who is being paid by the public purse that it is linked, with, as he said, it is salacious, I would even say even more, perverse acts, and I think he owes us a duty to explain it,” Bacchus-Baptiste said of the minister, who is to present his first Budget on Feb. 5.

Many persons see Camillo as the next leader of the Unity Labour Party, which his party has led for most of its life since its formation a quarter century ago.

“You cannot hope to lead this country, he is hoping that someday he would be prime minister, and you would tell me that you are above explaining to your people or at least denying some of these things,” Bacchus Baptiste said of the East St. George parliamentary representative.

“I think that Camillo thinks the time is long gone when he should come out and speak about it. I think that what his father is doing is emasculating him. I think he has been emasculated to the level where you cannot see him as a leader anymore … to allow papa to speak to him like that. Even his brother [Storm Gonsalves] came out and spoke. Why can’t he? What the father is doing is emasculating the son and I said this before when I said to hand over the Ministry of Finance to him in the state of lack of accountability and the state the finances are in St. Vincent is doing a disservice to the poor guy. And here you are, telling him he must not speak in a matter like this. It is not good advice,” the opposition senator said.

6 replies on “Lawmaker calls for ethics, morality among leaders”