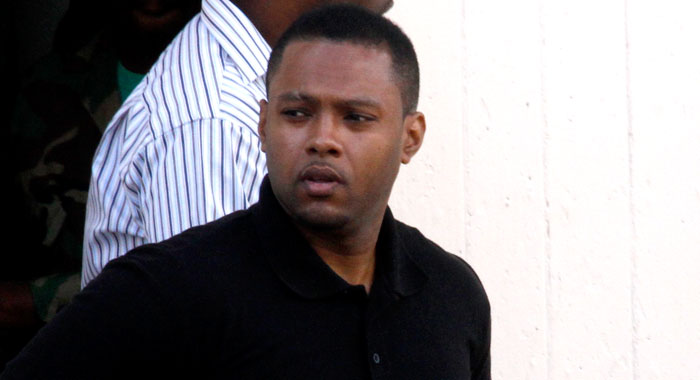 High profile murder accused, Veron Primus, 30, who represented himself during the preliminary inquiry into the murder charge against him, has told the high court that he would like the state to provide him with a lawyer for his murder trial.

Primus made the request during his arraignment before Justice Brian Cottle in Kingstown on Tuesday.

His trial has been traversed until after Easter because the court has to await the outcome of his legal aid application.

The Crown would provide a murder accused with a lawyer if it is satisfied that he or she does not have the means to hire an attorney.

Primus is charged that on a date unknown between Nov. 11 and 13, 2015 at Arnos Vale, he caused the death of Sharlene Greaves by an unlawful act.

Greaves, 33, a real estate agent, was found dead with multiple stab wounds in her office in Arnos Vale on Nov. 13, 2015.

Police cracked the case in April 2016 as they investigated Primus’ alleged abduction of Mewanah Hadaway, 24, of Vermont.

Hadaway has accused Primus of holding her against her will for four months on the ground floor of a two-storey house.

Primus’ great aunt lives on the upper floor of the house but is ill and hardly goes down to the ground floor.

Police have brought several charges against Primus in relation to that alleged crime and the trials are taking place, in camera, at the Family Court.

Primus is originally from Vermont but spent a number of years in the United States.

Since his murder charge in St. Vincent, he has also been indicted in New York in relation to the 2006 strangulation of Chanel Petro Nixon, a teen honour student whose body was found days after she told her parents she was going to meet Primus to complete a job application.