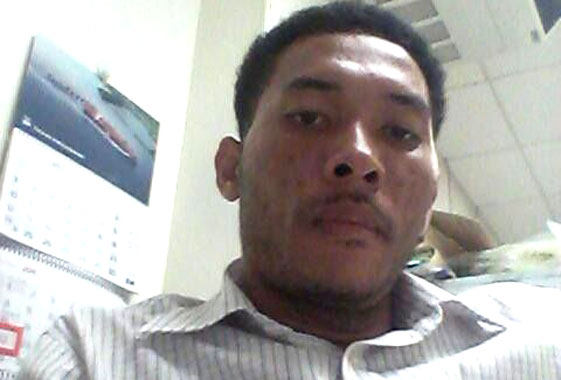 When the mother of Lindon Millington’s child called him Saturday morning and told him she had heard on the news that his younger brother, Omar “Chiney Man” Millington, had been found dead, he chided her then hung up the phone.

“And I shut off the phone,” Millington, who is also known as “Slabs”, told iWitness News, adding that he responded in that way because he and the woman sometimes have problems and he thought that was her way of tricking him into meeting her in Kingstown.

Millington had spoken to the woman via a friend’s cell phone since he does not have one of his own.

He was, at the time, waiting for a friend to return from buying rum, having woken up with a desire for some of the liquor after hanging out late Friday night.

But the friend was taking a long time to return, so Millington left his home and walked in the direction of where one of his aunts live.

When he got to her house, one of his cousins called him into the yard.

Millington insisted that his cousin come into the road to speak to him, but the cousin responded that the matter was such that he would like him to come into their yard.

When Millington obliged, his cousin asked him if any of his aunts had contacted him.

Millington responded in the negative, so the cousin called the aunt — who works in Kingstown — and she asked Millington if he had heard that a body had been found at Sion Hill Bay.

Millington said he asked his aunt what that had to do with him, and she told him that the body that was found was that of his youngest maternal sibling.

“To be honest, I am still praying to the father that it’s not him… To be honest, I do not want to see the body,” Millington told iWitness News in Roseau, Sion Hill shortly after 6 p.m. Saturday.

Omar’s body was found on some rocks on a headland where persons usually go to fish.

Millington said that his brother, who is originally from Glen, had been house-sitting for a friend in Lowmans Hill.

Millington told iWitness News that he would visit Glen on Sunday (today) to talk to his younger sister about their brother’s death.

“To be truthful, I still don’t want to believe that… If they say he was a troublesome person and he fight and so on, … My brother is not like that.”

Millington told iWitness News that his brother was a loving person, who was popularly known as “Chiney Man” because his father was a Korean, who had come to St. Vincent as a student.

He said he last saw his brother last week when he came to visit him in Kingstown.

Millington said that he is close to all his maternal siblings because before she died about five years ago, she counselled them to take care of each other.

He told iWitness News that he knows his brother as someone who would walk away from confrontation.

“Not like me, and my other brother, who would assess the situation like it is… I am the oldest one. Is better they been come and do me that. I would understand that. Do me that. Don’t do he that…

“The thing hurt me this morning. Look my brethren them here. Me is a kinda man and none of them ever see me cry ‘til this morning,” Millington told iWitness News.

Police are yet to release any information on the circumstances surrounding Omar’s death.

Unconfirmed reports are that he had what appeared to be chop wounds about his body.

Police are treating the death as the third homicide in St. Vincent and the Grenadines for 2018.

Omar’s is the third body to be found at Sion Hill Bay over the eight months.

On May 4, 2017, the bodies of brothers Danroy Cozier, 26, a police constable, and 19-year-old Nicolas Cozier, were found under some trees in a green area near Sion Hill Bay.

Police have theorised that they were shot elsewhere and their bodies dumped there.

Van driver Richard “Karib” Francis, a former cop of Layou, along with Rillan Hill residents, Schemel “Jacket” Dunbar — who has already been freed of two murder charges — and Kendine “Hoodie”/”Ants” Douglas, the son of an ex-cop, have been charged with the murders.

One reply on “Man found dead at Sion Hill Bay”