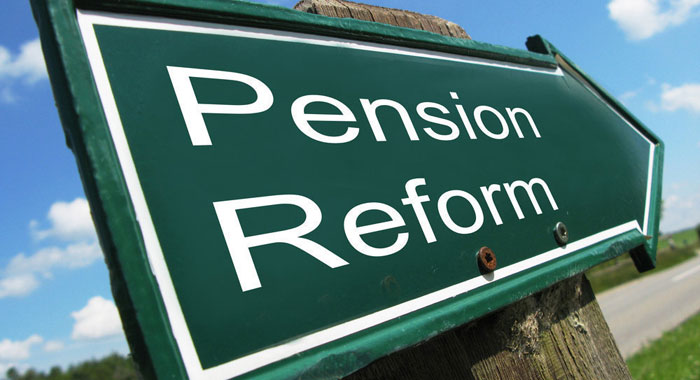 The government has outlined six options for pensions reform in St. Vincent and the Grenadines.

As earlier as the 2016 Budget Address, the government had made it clear that the current system for payments of pensions poses significant risk for both the government and public service workers.

“The Government will accordingly pursue the matter of pensions reform with increased vigour in this financial year,” Minister of Finance Camillo Gonsalves said in his Budget Address on Monday.

“We will give careful study to the reform options that came out of the 2013 actuarial analysis of the Government of St. Vincent and the Grenadines Public Service Pension System (PSPS),” he said.

The finance minister told Parliament and media audiences that the objective of the actuarial analysis is to present alternative reform options for the PSPS with the goal of reducing government’s long-term financial cost, reducing the combined pensions from the public service and the NIS, and ensuring the sustainability and reasonableness of retirement benefits in the interest of all stakeholders.

The options are as follows: –

Option 1: Change the NIS pension to a maximum of 30% of Annual Insurable Earnings (AIE) for pensionable civil servants but no less than the NIS benefits accrued as of the transition date. No change to the PSPP.

Option 2: Reduce the future benefit accrual rate for the PSPP from 2 per cent to 1 per cent per year. Employees due to retire within the transition period will be grand-fathered and not affected by this change.

Option 3: Increase normal retirement age for civil servants in line with the increase for NIS.

Option 5: Close the PSPP to new entrants after the transition year.

Option 6: Change the salary amount to be used in calculating pensions to the final five-year average, in all cases.

The minister said these are not stand-alone options but can be further refined or expanded by combining one or more, or amending certain aspects of each option.

“By publishing the full list of recommendations, I am hereby starting in earnest the debate on this important matter. In the coming months, government will hold discussions with government employees, unions and other stakeholders as we seek to have consensus on the matter,” the minister said.

One reply on “Gov’t proposes 6 options for pensions reform”