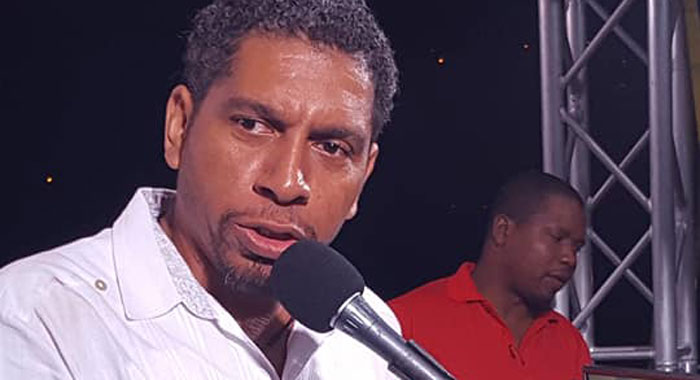 Minister of Finance, Camillo Gonsalves says that the one-year-old Argyle International Airport (AIA) has progressed. St. Vincent and the Grenadines (SVG) as it is now “playing in the big league because we have a big league airport”.

He told the rally held at Argyle Saturday night to mark the first anniversary of the airport that Vincentians are living in times of miracles.

Gonsalves, who is also Minister of Finance, said he could acknowledge the comments of opposition lawmaker, Member of Parliament for Central Kingstown, St. Clair Leacock, that the realisation of the airport is a miracle.

Gonsalves, who is also Minister of Economic Development, said that AIA is the cornerstone of attracting businesses to SVG.

He told the rally that a major fisheries investment is coming to SVG and lobster, conch, and fish will be exported as far as Japan because of AIA.

There was a thriving call centre industry in SVG when Gonsalves’ Unity Labour Party administration came to office in 2001.

Gonsalves said that AIA is the cornerstone of businesses importing more because of the larger Amerijet aircraft that is now used to service the destination.

He said that the EC$700 million airport is a symbol of what Vincentians can do when they believe in themselves and work together.

He said that the answer to the pessimists, naysayer, Scribes and Pharisees is AIA

He said that when people doubt the government’s plans to build hotels and make electricity cheaper, “Tell them Argyle International Airport.”

The finance minister said that his government is working for a brighter and better day for Vincentians.

He said a similar response should be given to those who doubt Minister of Tourism Julian Francis’ announcement that EC$90 million will be spent to improve roads using the asphalt and concrete batching plants that have been decommissioned at the airport.

He said the test of building the airport – which opened six years behind schedule — has become the nation’s testimony and the airport is proof that the government keeps its word and that the Vincentian people and can achieve anything they set their mind to.

“And when we tell you that this government loves you and cares for you and wants the best for you and is in your corner every day of the week and they tell you ‘yo’ lie’, tell them Argyle International Airport.”

Gonsalves said that none of this would have been possible without the work, vision, creativity, courage and sacrifice of Prime Minister Ralph Gonsalves.

“We need him to stay with us,” he said as the deejay played the song “Stay with me”.

The younger Gonsalves, who is son of the prime minister, quoted US President Harry Truman.

There was a US President called Harry Truman who said, “Men make history and not the other way around. In periods where there is no leadership, society stands still. Progress occurs when courageous, skilful leaders seize the opportunity to change things for the better.”

Gonsalves said: “We have been blessed by the almighty with a courageous, skilful leader who seized a moment in time when he had the support of his brothers and sisters around the world and he galvanised the support of the Vincentian people to do what was impossible, to do what everybody else promised in the past. And we are grateful for his leadership, we are grateful for his vision and we are grateful for what he has taught us, over and over again. What he taught us when they said that the Education Revolution wasn’t possible and that we couldn’t get all of our students in secondary school, and he proved them wrong, and what he taught us when they said you couldn’t build a bridge across Rabacca, you had to build a tunnel to go underneath. He taught us. And if we didn’t learn the lesson the first time and we didn’t learn it the second time, they told us he would be a ‘one term papa’. You remember that? And he reach four now, and he could go as long as alyo (you) want him to go.

“If you didn’t learn those lessons, they all said this one is the dream of somebody who lost their marbles. This one can’t be done. ‘Find it where?’ Well, look it there! We have achieved the impossible because of his leadership and because of your faith and courage.”

9 replies on “AIA took SVG into ‘the big league’ — Camillo”