Court changes plea of men charged for 76lbs of weed 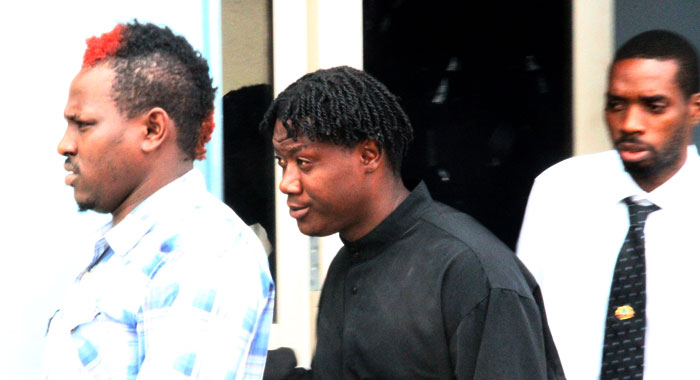 Two men charged with possession of 76 pounds of cannabis had their guilty plea changed to not guilty on Monday after the Serious Offences Court heard their explanations.

Police have charged Jevon Browne, 28, and Romario Westfield, 22, both of Campden Park, with possession of 34,504 grammes (76lbs) of cannabis with intent to supply to another.

Jevon Brown was additionally charged for having in his possession 75 grammes of cannabis with intent to supply to another at Yorke Mountain.

The men pleaded not guilty when they were arraigned before Chief Magistrate Rechanne Browne-Matthias.

However, on hearing the men’s explanation, the chief magistrate entered a not guilty plea for them.

The men were granted EC$20,000 bail each and are scheduled to return to court Feb. 28

The men were arrested by officers on foot patrol, led by Detective Corporal Philbert Chambers.