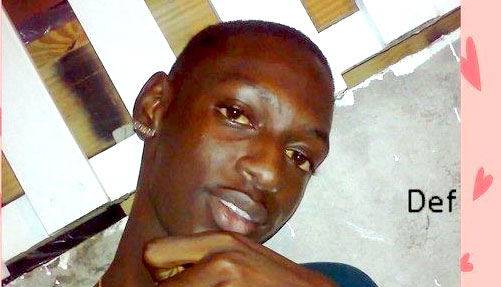 A 25-year-old man was shot and killed execution style in Redemption Sharpes on Friday in the latest shooting the in the Central Kingstown community.

He was shot and killed around 8:30 a.m. while in the company of three other persons at “Low Profile” Shop, near the Redemption Sharpes Playing Field.

Police say that an unknown person approached Pompey and shot him in the head, killing him at the scene.

Friday’s killing is the latest in a number of shooting in the community this year, which had lead to death of one man and the injury of another.

On Feb. 22, Rayshawn Gibson, a 23-year-old labourer of Redemption Sharpes was shot in the Central Kingstown community around 7:05 a.m.

An unknown assailant wearing a hoodie approached Gibson and shot him in his left wrist while he was walking along the Redemption Sharpes public road.

He survived his injuries.

However, on Jan. 25, a man died after he was shot in Redemption Sharpes as he celebrated his birthday.

The deceased, Jahbarry Charles, was one of five persons, including two students, who were shot when gunfire rang out in the community just before 9 p.m.

Police were told that masked gunmen approached a group of young men at the pavilion in Redemption Sharpes and opened fire.

Charles received gunshot wounds to the right side of his neck and shoulder.

He was taken to the Milton Cato Memorial Hospital (MCMH), where he died.

The four other persons who received gunshot injuries were also treated at MCMH.

They are Leon Neverson, 20; Ronaldo Allen, 20; students Maurice Charles, 18, and Shemel Richardson, 17, all of Redemption Sharpes.

Police have not said if they suspect any link between the shooting.

The Police are asking anyone with information that would assist in these investigations to contact the Criminal Investigations Department (CID), the Major Crimes Unit (MCU) or any police station in St. Vincent and the Grenadines.