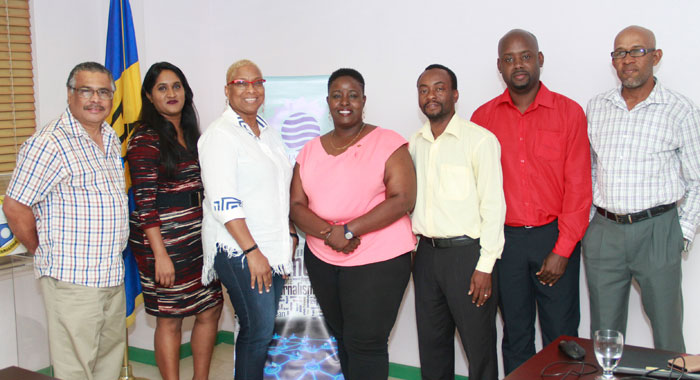 Kern Mason, the president of the Media Workers of Grenada, was elected Second Vice President and Jean-Phares Jerome of Haiti is the Assistant General Secretary.

On her accession to leadership of the regional umbrella media body, Kentish paid tribute to Gibbings, saying she was “honoured and humbled to walk in his footsteps”.

“Despite his short stature, he is a giant in media,” she said, describing him as a “consummate professional and champion of the free press”.

Among priorities she identified for the executive’s attention are the reestablishment and redevelopment of several media organisations across the region, in addition to a continued need for training of journalists and the promotion of ethical standards.

Kentish said she was troubled by downsizing of the media industry in the Eastern Caribbean, with recent developments in her native Antigua, which has from “one to zero daily newspapers”. The Daily Observer Friday announced it was publishing three days a week and running three digital only editions.

She made an appeal for the rival media associations in Dominica to end their public feud and find common ground towards building a “strong, formidable, representative body” and make a united effort to promote media development in Dominica.

The new president pledged the association’s support in assisting in the creation or rebirth of functioning press associations in her native Antigua and Barbuda, along with St Kitts and Nevis, St Vincent and the Grenadines.

The election process was presided over by Amanda Laurence of UNIC, assisted by Erika Walker of UNESCO.

The Dominica Media and Communications Association (DMCA) were non-voting observers along with several individual members.

One reply on “Women in top positions in regional media group”