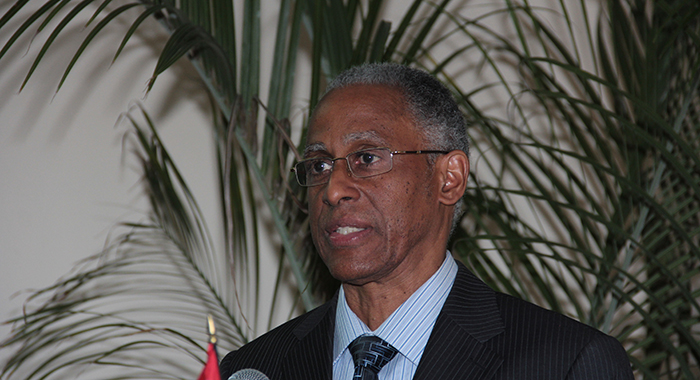 Sir Dennis made the announcement at the 10th Annual CCJ International Law Moot Competition in Trinidad on Friday.

Saunders will become the third president of the court, which was established in 2001, to replace the London-based Privy Council as the region’s final court.

Saunders holds a Bachelor of Laws degree from the University of the West Indies (Cave Hill) in 1975 and the Legal Education Certificate of the Hugh Wooding Law School in Trinidad and Tobago in 1977.

He was called to the Bar of St. Vincent & the Grenadines in that same year.

He remained in private practice as a barrister and solicitor from 1977 until 1996 at which time he was the senior partner in the firm of Saunders & Huggins.

As chairman of the Ethics Committee of the ECSC, he presided over the production of a code of ethics for judges of the Eastern Caribbean.

He also served as chairman of the Judicial Education Institute of the ECSC from 2001 to 2004.

He regularly participates in judicial education programmes for judges from throughout the Commonwealth as a faculty member of the Halifax-based Commonwealth Judicial Education Institute.

Saunders has written and published several legal articles and he is a Consulting Editor of The Caribbean Civil Court Practice.

He is married to Marilyn Angela née Joslyn and has two sons, Yuri and Yanek.