Man fears for his life over police handling of robbery report 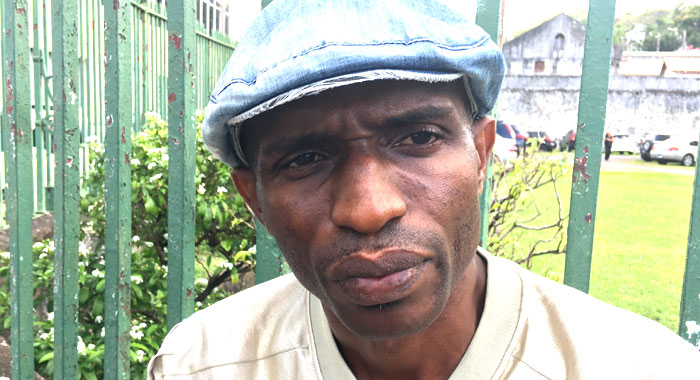 A Vermont businessman says he is wondering if he is being targeted after being robbed at gunpoint for a third time in as many years.

Avil “Mastermind” Slater, a minibus owner and driver, has further complained to iWitness News about the manner in which police handled a report he made to them about the most recent robbery, which occurred on Feb. 24 outside his house in Vermont.

Slater said that when he made the report to the police, he “trusted them with certain confidential information.

“I even gave them the name of the suspect. To my surprise, the police haven’t charged the guy and the information has reached the news media,” he said.

Slater was referring to a police media release last week that included the name of the person who Slater told police he believes robbed him on Feb. 24.

The man was robbed sometime after 10 p.m. after he had finished working for the night and was parking a vehicle in his yard.

He told iWitness News that while parking the vehicle, he saw through his mirrors a man coming towards him with a gun.

Slater said he exited the vehicle and ran, leaving the purse with the day’s earnings and the key inside the vehicle.

Some villagers later followed him back to the van, where the purse was missing and the key had been removed from the ignition and placed on the steps to his house.

Slater told iWitness News that he suffered bruises about his body as he attempted to escape the robber.

He told iWitness News on Monday, that last Saturday he received certain information that suggested that another robbery was being planned and he, therefore, took certain steps.

The man, however, told iWitness News that he is unsettled by the manner in which the police have handled the reports that he had made.

“So I just came from the Deputy [Commissioner of Police] and he told me he will look into the matter,” Slater told iWitness News shortly after 8 a.m. on Monday.

He, however, said he feels that the police are not taking the matter seriously enough.

“I don’t know what is going on. Right now, I am scared for my life,” the man said, adding that he did not know if he would work on that day because of the unease he is feeling.

“They have to try and see how they can deal with this situation because they have made a mess of the situation,” he told iWitness News of the actions of the police.

Slater said he is taking his story to the media with the hope that something would be done urgently, adding that it seems that at times some things are not handled unless they are highlighted in the media.

“Right now, I am living in fear. My life is in danger right now,” he said, adding that he did not want frustration to cause him to want to take the law into his own hands.