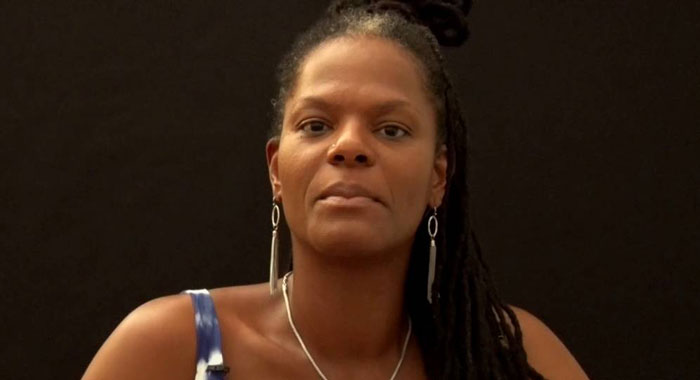 Yanique Hume, a lecturer in the Department of Cultural Studies, at UWIs Cave Hill Campus in Barbados. (Internet photo)

A University of the West Indies lecturer has outlined a model for tourism in Balliceaux, a tiny Grenadine island regarded as a sacred site for the Garifuna people.

Balliceaux is a 320-acre, uninhabited island in the northern Grenadines to which some 5,000 Garifuna were taken in the late 18th century after the death of their leader, Joseph Chatoyer, who was declared SVG’s first national hero on March 14, 2002.

About half of them died in Balliceaux in the six months preceding their exile to Roatán, an island off Honduras.

Yanique Hume, a lecturer in the Department of Cultural Studies, at UWI’s Cave Hill Campus in Barbados outlined her view for tourism on Balliceaux while delivering the feature address on Monday at the opening of 5th International Garifuna Conference in Kingstown.

The conference was held under the theme “The Island of Balliceaux: Sacred Lands or Economic Opportunity?” and Hume spoke on the topic “Balliceaux: Heritage, Memory and the Ancestral Legacy of Garifuna Identity”.

She said that when thinking through how the nation can tie land, history, identity and the sacred together, “it’s through a concept of diaspora tourism — diasporic/heritage.

“And I recognise some kind of wince at the concept of tourism but diasporic tourism focuses on the concept of trans-migrants whose socialisation networks, values and heritage links them to communities and kinship ties and their birth country or that of their ancestors and who travel back to these communities primarily to reconnect with the people and the locals.”

Hume noted that at the conference, when a woman from Belize was offering greetings from the Garifuna in that country, the greetings had a sense of “Yurumein being a kind of Mecca for the Garifuna community, an idea that one must travel there before actually making the journey to the other world. So it is like a rite of passage that one must go through.”

The lecturer said that tourism, while seen as a blessing for some and a curse for others, “can become the central ground through which sequestered history can enter into public discourse and debate, through reimagining and branding specific locales as unique heritage sites that allow one to experience spaces in more profound ways.”

Contemporary research on tourism and its shift across small island developing states as well as larger territories speak to the very idea of the experiential, Hume said.

“That the sun, sea, and sand model of escape isn’t holding or attracting visitors. And, in fact, our ministries of tourism have failed in terms of reaching key target communities,” she said.

“Interestingly, what Balliceaux lacks in terms of a built heritage, it has in terms of mythology. But, more importantly, the land is a tangible resource.”

“Just think about all those spaces we identify as heritage sites. They tend to be, actually, built heritage spaces like forts… and also the kinds of plantation houses.

“So there is a way in which we continually prop up and filter our modern progressive Caribbean lifestyles through the filtered lens of the great house, of the plantation house. So, your trip to Jamaica isn’t complete if you don’t go to Rose Hall, likewise, your trip to Barbados must include a visit to St. Nicolas Abbey. So there are spaces in which these sites become embroiled in the very understanding of those locals,” Hume said.

“But, in order for Balliceaux to enter into another reckoning, it does require a systematic campaign of cultural renewal. Branding of not solely a Garifuna homeland imaginary but it must reach out to a broader indigenous Caribbean and actually going to those spaces much like the earlier generation of Garifuna folk travelling the seaways, rekindling those connections, making heritage trails that are, in fact, part of the marine satellites that Garifuna, Calinago, Carib generations of people have traversed.”

She said that the conundrum regarding what to rescue or resuscitate in Balliceaux is that it is barren.

“But its barrenness is also its potency. It’s also its power because it triggers that same level of longing, of loss and the idea around diasporic tourism is that it operates around these poetics of nostalgia.

“It operates around these longings, these ideas of loss, what, I think, English doesn’t really capture certain emotive things. It just doesn’t really do it… That language of something that is in reach but not quite — that longing of reconnection. … It is not a longing that is cerebral. It is a longing that takes on corporeal dimensions. It is felt at the cellular level.

“And that thing about branding within this notion of a diasporic heritage tourism is to capitalise on the poetics of nostalgia,” Hume said.

Balliceaux is privately owned by the Linley family and they have put the island, along with Battowia, a 151-acre island located nearby for sale and are asking for US$27 million for both islands.

Prime Minister Ralph Gonsalves says that a down payment was made on the islands in 2008 and last year, there was a fresh expression of interest.

The Garifuna Heritage Foundation has said it would prefer if Balliceaux remains as a sacred site.

Gonsalves has said that his government would not give permission for the development of Battowia, which is a bird sanctuary.

3 replies on “UWI lecture proposes model for tourism in Balliceaux”