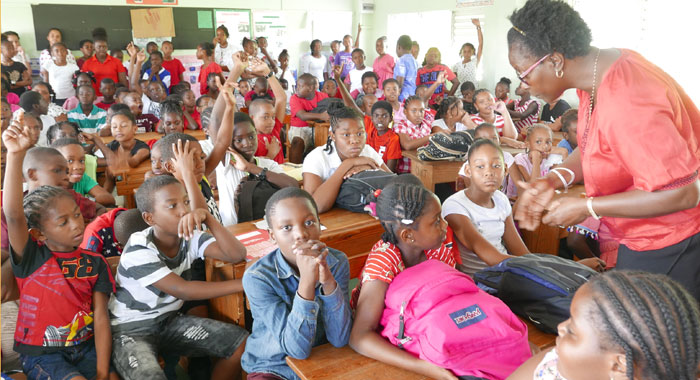 Youth in St. Vincent and the Grenadines (SVG) youth are being challenged to capture images of how climate change is affecting the islands through a photo and video competition recently launched by the United Nations Development Programme (UNDP)’s Japan Caribbean Climate Change Partnership (J-CCCP) in coordination with the Government of SVG.

“It is very important that the nation’s young people understand what climate change is, how it is impacting St. Vincent and the Grenadines and start taking an active part in trying to adapt to its impacts,” said Chisa Mikami, deputy resident representative at the UNDP’s Subregional Office for Barbados and the ORganisation of Eastern Caribbean States.

Nyasha Hamilton, environmental educator and national climate change focal point said: “Public awareness and public education is an important component of the push to integrate climate change considerations into every aspect of life of the Vincentian populace and one of the logical places to begin is with the youth.”

Climate change — the long-term changes in the weather associated mainly with natural and man-made activities — is viewed as perhaps the greatest threat to national development especially for small island developing states such as SVG.

Climate change impacts include stronger hurricanes, longer droughts, more frequent flash flooding and sea level rise. The Caribbean has been severely impacted by climate change in the past 20 years with many islands suffering millions of dollars in damages due to impacts such as hurricanes and unpredictable weather. The troughs impacting SVG in December 2013, for example, were estimated to cost US$93.3 million — 13 per cent of GDP.

Boosting the resilience of Caribbean islands is a key part of UNDP’s strategic intervention, and the communication campaign in SVG is geared at raising awareness and building partnerships towards that end.

The competition runs from March 1 to April 15. Applicants can visit www.bb.undp.org to download the application forms. Prizes include tablets and gift certificates.