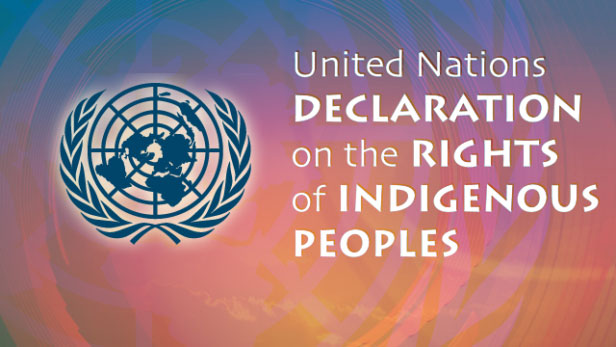 The United Nations Declaration on the Right of Indigenous Peoples (DRIP) passed by the UN General Assembly in 2007 supports the case for reparations, Prime Minister Ralph Gonsalves says.

He noted at Monday’s opening of the 5th International Garifuna Conference in Kingstown that the document says, “The General Assembly, … concerned that indigenous peoples have suffered from historic injustices as a result of, inter alia, their colonization and dispossession of their lands, territories and resources, thus preventing them from exercising, in particular, their right to development in accordance with their own needs and interests”, proclaimed DRIP “as a standard of achievement to be pursued in a spirit of partnership and mutual respect”.

The prime minister said that St. Vincent and the Grenadines — the ancestral home of the Garifuna people — was one of 144 member states of the UN that voted in favour of DRIP.

Several countries abstained, some were absent, and a few opposed, among them Canada and“our big neighbour to the north” – a reference to the United States, Gonsalves said.

“It is important that we pay attention as to who supports certain things and who oppose them because those same persons would seek to come to us, bramble us and divide us,” Gonsalves said.

Gonsalves said that DRIP addresses also the question of genocide, adding, “You begin to see where I am coming in respect of reparations.

“This is international law you know,” he said.

Gonsalves commented: “Well, what does redress mean? It means that where you have been wronged, those who have done wrong, we have to put it right.

“That is what redress mean, you know. I think they call it reparatory justice, Jomo? That’s what we call it,” he said mentioning Speaker of the House of Assembly and head of the local reparations committee, Jomo Thomas.

Reading the full article, Gonsalves said: “Indigenous peoples have the right to redress, by means that can include restitution or, when this is not possible, just, fair and equitable compensation, for the lands, territories and resources which they have traditionally owned or otherwise occupied or used, and which have been confiscated, taken, occupied, used or damaged without their free, prior and informed consent.

“Unless otherwise freely agreed upon by the peoples concerned, compensation shall take the form of lands, territories and resources equal in quality, size and legal status or of monetary compensation or other appropriate redress.”

Commenting on the article, Gonsalves said: “Well, it doesn’t mean that the individual descendants of the Garifuna going to line up with a calabash and get money. No, that’s not what it means. What it means, and it is emphasised in the Convention for the Elimination of Racial Discrimination. And in that convention, it speaks to the identical question of recompense where, as a consequence of the genocide or the taking of the lands or the retardation of development, that a legacy of underdevelopment has been left and the reparatory justice is required to address the legacy of underdevelopment.”

The conference, which coincided with Hero’s Month celebrations, was held under the theme, “The Island of Balliceaux: Sacred Lands or Economic Opportunity?”