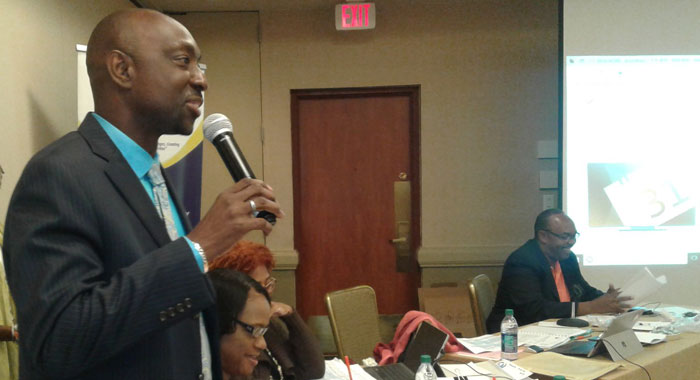 Vincentian Nigel Scott, director of the St. Vincent and the Grenadines Community College, was elected as President of the Association of Caribbean Tertiary Institutions (ACTI), at their annual meeting on Feb. 23.

The executive’s term will run for three years.

The ACTI was incorporated in November 1990. It was established after a series of discussions among Caribbean tertiary institutions during the late 1980s.

Sir Alister McIntyre, then-vice chancellor of the University of the West Indies (UWI), became acutely aware of certain problems faced by most tertiary institutions within the region at the time and urged the need for a mechanism designed to assist in the strengthening of Tertiary Level Institutions (TLI’s) and to effect better articulation between their programme offerings and those of the UWI.