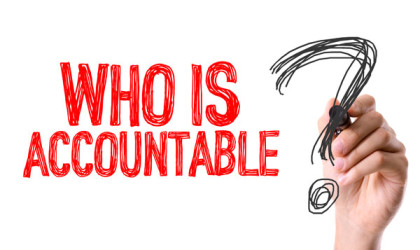 Chief Magistrate Rechanne Browne Matthias, on Monday, decried the lack of accountability among police officers who had executed a bench warrant on a man and released him without bringing him to court.

“I can’t understand that a bench warrant is executed and then the person is let go,” the Chief Magistrate said, adding that she has a problem with that.

The magistrate expressed her displeasure with the situation after the accused, Clayton Cain, failed to appear in court after the police had released him.

“An accused person fails to turn up to the court, the bench warrant is executed and then the person is let go and then no accountability, no officer from Calliaqua is here to further account [for] what the position is. I have a big, big problem with that,” Browne-Matthias said.

She said that the accused person has never turned up to court.

“And the defendant is at his residence,” she said, adding that one day, a pastor had come to the court to say that the defendant had said that he could not attend court.

“This is crazy and just flagrant disregard for court attendance,” she said, adding that she is putting the matter for today (Tuesday).

“This has just gone too far,” the chief magistrate further said.

Delplesche commented: “Your honour, it can’t go further than there. It has hit rock bottom. It could only come back up.”

The chief magistrate said the situation is “ridiculous.

Cain was due in court in connection with a drug possession charge.