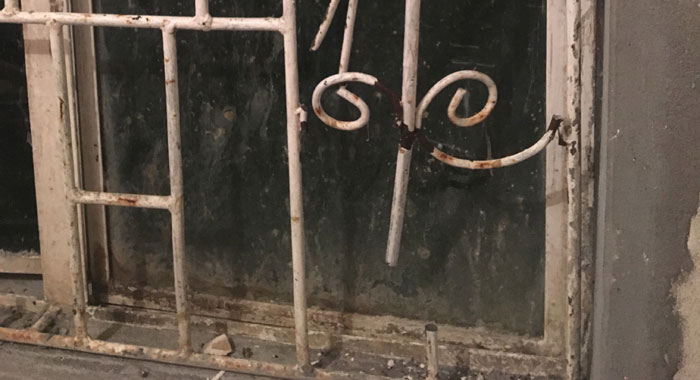 The burglar(s) is believed to have entered the building after cutting through this burglar bar.

The Rillan Hill Church of the Nazarene said in a post on its Facebook page late Friday night that its building was burglarised sometime between March 13 and March 16.

“Our suspicion is that the burglar(s) entered the building by cutting through the burglar bars at a window,” the social media post said.

“Our initial assessment shows that a number of items were stolen, including a brand new 49-inch smart television, which was donated to us and which was taken to the church building Tuesday evening (March 13), after being cleared with Customs earlier that day,” the church said in the post.

Also missing is a laptop computer, a laptop computer carrying bag, a step-down transformer, and a number of new notebooks to be used as part of our Children’s Ministry, the church said, adding that its assessments were continuing.

iWitness News understands that after the initial post, a second step-down transformer was found to be missing.

The church said that its water main was damaged and that they suspect that this might have been as a result of the burglary.

Police in Questelles have been notified and two detectives visited the church Friday night to carry out initial investigations, the post said. 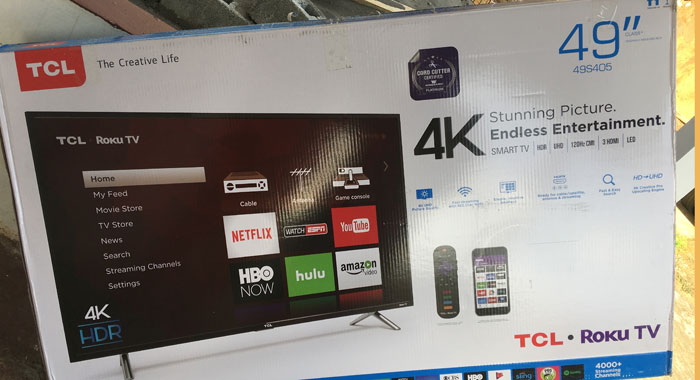 “We regret especially the theft of the smart television since it was anticipated that it would have played a significant role in our ministry, especially in our Children’s and Youth ministries, in addition to our bible study and worship sessions,” the church said.

The post said that this is the first time in almost 20 years that the church was being burglarised.

“Burglar bars were installed about 20 years ago after a spate of burglaries in which a number of items were stolen,” the church said.

The church said that its interest is in the retrieval of the stolen items.