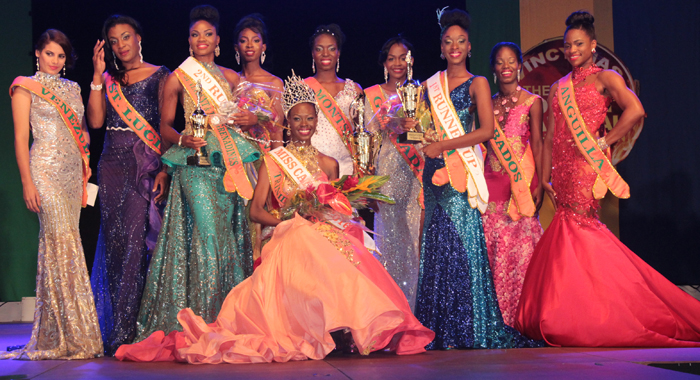 The Miss Carival show will remain off the Vincy Mas 2018 calendar for a second year as carnival planners continue to try to determine what to do with the beauty pageant, which had been losing money for years.

The regional beauty pageant, which ran for 31 years, was not included on the calendar last year, when Vincy Mas celebrated 40 years of being moved from a pre-Lenten to a summer festival.

The Carnival Development Corporation (CDC) says that the show was expensive, costing as much as EC$100,000 to produce, with little returns.

Last year, the Miss Carival slot was filled by a show called Evo 4.0, which celebrated the various components of Vincy Mas over the last 40 years.

“And we think that that show, at this point in time, has an opportunity to really grow and provide almost the concept of a Soca Monarch for the more mature crowd because that show encapsulates Vincy Mas over the 40 years,” Ricardo “Ricky” Adams, who is into his second year as chair of the CDC, told iWitness News.

“And so it is still under review and we are not even sure that in the carnival period is the best place to bring it back. So we are still looking at it and playing with it,” Adams said.

He said that for now, the CDC is “really happy” with what happened with Evo 4.0 and is organising Evo 4.1 this year.

The CDC boss said that the show will continue to showcase “the entire culture of Vincy Mas.

“Vincy Mas, as a brand, really, is the one that came into being after the change to the summer festival. So we think it is a really excellent opportunity for us to do basically the incorporation of all of the types of music, the genres that have happened over the last 40 years.”

The last person to be crowned Miss Carival, was Miss Trinidad, Djennicia Francis, who defeated nine other contestants to take the 2016 crown.