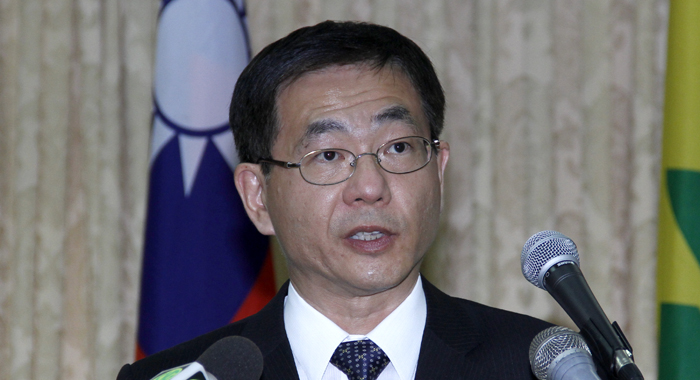 Taiwan Ambassador to St. Vincent and the Grenadines, Baushuan Ger will conclude his tour of duty and is scheduled to return to Taiwan at the end of March, the Taiwan Embassy in Kingstown has announced.

“Ambassador Ger expresses his heartfelt appreciation to the genuine friendship and kind assistance rendered to him and all his colleagues at the Embassy during his tenure in St. Vincent and the Grenadines,” the embassy said in a statement on Wednesday.

“He considers this sojourn of three and a half years in this beautiful country the best part of his career and will cherish it forever,” the statement further said.

Calvin C.H. Ho, ambassador designate of the Republic of China (Taiwan) to St. Vincent and the Grenadines, will arrive and assume the position in early April 2018, the embassy said.