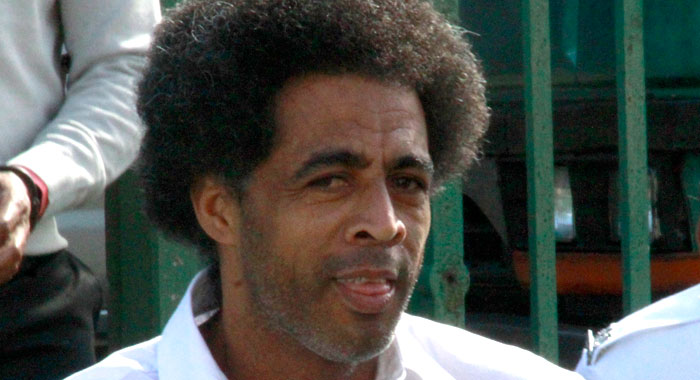 Kural Baptiste was sentenced on Tuesday, one week after admitting to the crimes. (iWN photo)

A 34-year-old North Windward man who abducted a 6-year-old girl and attempted to rape her in March 2016 will spend the next five and a half years in prison.

The sentences will run concurrently and will include a discount for the time the man has spent on remand, which means he will spend 5.5 years in jail.

Baptiste pleaded guilty to the charge when he was arraigned one week earlier.

At his sentencing, he benefitted from the counsel of lawyer Ronald Marks, who had represented him during the preliminary inquiry, and rose as a friend of the court on his behalf at the arraignment.

The court heard that on the date in question, the victim went to an outside toilet to urinate and the defendant saw her and waited until she was finished.

When she exited the toilet, Baptiste took her to his house, kissed her on her lips and undressed her.

The defendant also undressed himself and attempted to have sex with the child.

He, however, abandoned the crime and gave the child a 25 cents coin and let her out of the house via a sliding window.

The child’s mother, who had gone in search of her, saw her exiting the house and questioned her.

She saw the 25 cents in the child’s hands and reported the matter to the police.

In mitigation, Marks noted that Baptiste had pleaded guilty at the first opportunity.

He said that while a psychiatric evaluation of Baptiste he had requested had not been provided, the guilty plea was a powerful mitigating factor, which, he said, was buttressed by the fact that at 34 years old, Baptiste had no previous convictions.

The lawyer said that the offences for which Baptiste had pleaded guilty were quite out of character for the man.

He said that Baptiste had told the social worker that at the time of the crime he was in such a drunken state that his judgement was altered.

The lawyer said that while he knows that this is no defence in law, it shows that it was an offence that is totally out of character for the defendant.

He said that Baptiste had shown remorse via his guilty plea.

Marks noted the seriousness of the crimes but asked the court to be mindful of the facts as presented by the Crown.

The lawyer said that there was no violence involved in the abduction, adding that the aggravating factor is the disparity in the ages of the defendant and his victim.

He said that while the indecent sexual assault and attempted rape charges go hand in hand, the attack was not prolonged nor violent.

Marks told the court that the attempted rape is the more serious of the crimes, but also asked the court to consider that Baptiste had abandoned the offence rather than someone having interrupted it.

In handing down his sentence, Cottle noted the seriousness of the offences, adding that abduction can attract a maximum sentence of five years, while the maximum penalty for rape or attempted rape is life imprisonment.

The judge noted that Baptiste had pleaded guilty and had expressed remorse.

He further said that the man had realised that his conduct was wrong and had stopped, and this is why he would not get a more severe sentence.

“It is good that you stopped but you shouldn’t have started,” the judge said, adding that there is no way to know how the ordeal might affect the girl when she is grown.