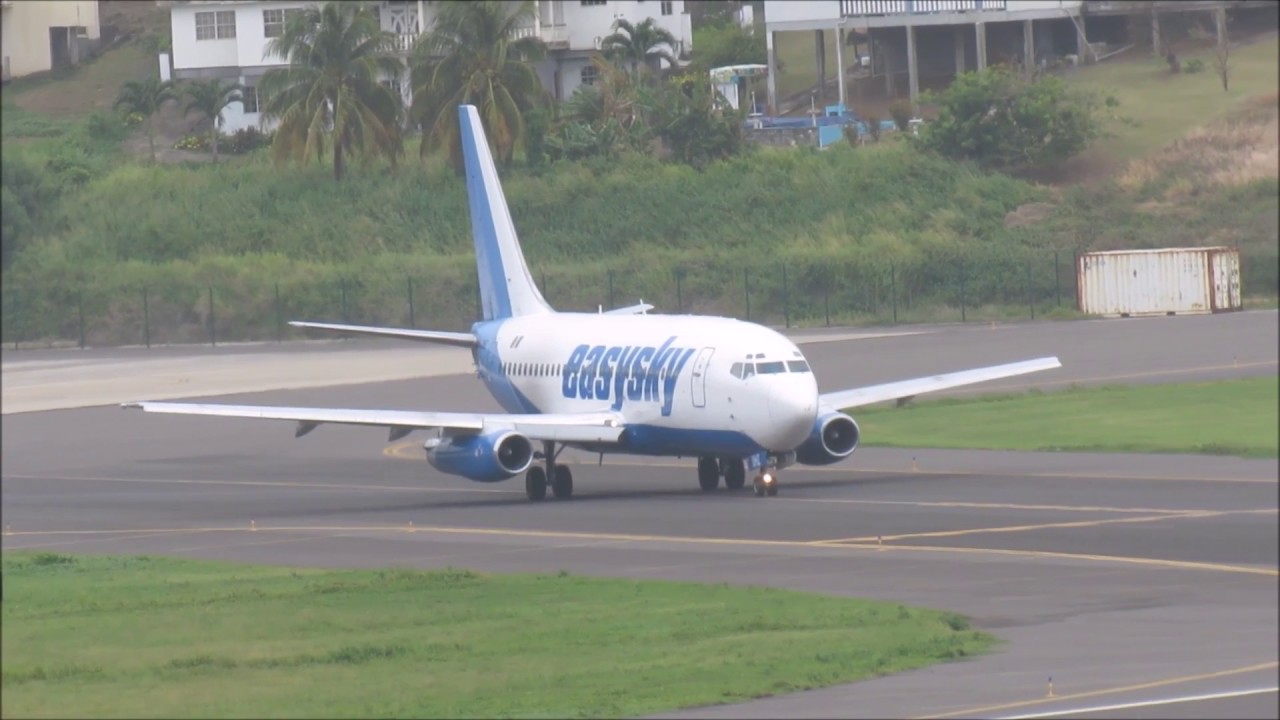 Manager of the Argyle International Airport (AIA), Hadley Bourne, says “we can flip a coin” on whether EasySky, a low-cost airline based in Honduras, will begin flying to the airport again.

EasySky, which serviced the Argyle-Cuba route for some months, was one of the chartered flights that flew to Argyle on Feb. 14, 2017.

But for some time, the airline, which brought mainly shoppers from Cuba on weekly flights, has not been flying to AIA.

“We saw in the media that there were discussions with senior airport officials that EasySky will be coming back. I have no intimate knowledge of such,” Bourne told an AIA press conference on Monday.

He said that the airport has no objection to the airline landing at the airport, “provided that as we have been alluding to, they adhere to all of the international requirements in terms of safety, security, aircraft operation, we have no objections, but I want to get to Cuba direct. I have no objections. But no one has said anything to us as the operators that they are coming.”

“This is an airport and airplanes are supposed to land, so anytime you hear anybody in the media say that an airport stopped an aircraft from landing — you can add the rest on to that statement.”

Told that it has been reported in the media that EasySky was not paying their landing fees, Bourne said, “EasySky was never stopped. Let me reiterate that. I think the businessmen in Middle Street missing those sales.”

His comments were in an apparent reference to the shopping done in Kingstown by the Cubans that the airline brought to SVG.