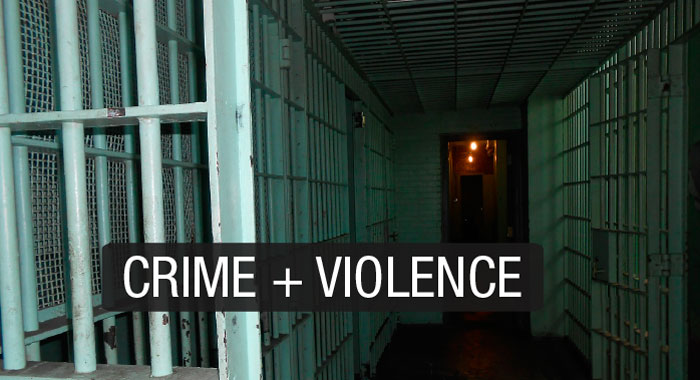 The St. Vincent and the Grenadines (SVG) Christian Council in collaboration with churches, non-governmental organisations and other stakeholders will, on Wednesday and Thursday host “A National Conversation on Crime and Violence”.

Crime levels in SVG are “simply too high,” Bishop C. Leopold Friday told the media launch of the event in Kingstown this past week.

The event will be held at the Methodist Church Hall in Kingstown under the theme “Building a Culture of Peace in Our Communities and Our Nation” and will commence at 9 a.m. daily.

The keynote speaker will be Professor Anthony Harriott of the Institute of Criminal Justice and Security at the Mona Campus of the University of the West Indies.

Harriott is a well-known criminologist in the region and has done extensive research on the subject matter.

Ingrid O’Marde, who has been a community development practitioner, will be the facilitator of the conversation.

In explaining the rationale behind the event, Friday, an Anglican cleric, said that like most of its Caribbean neighbours, SVG has and continues to witness high levels of violent crimes and crime related activities.

“The evidence is borne out in the number of gun-related incidents and what appears to be reprisals of one kind or the other; the targeting of financial institutions and places of commercial activities; the assault on women, girls and boys and, more recently, the emerging trend of violence among and by our youth and other forms of violent crime,” Friday said.

He said that the frequency and the nature of these occurrences are of concern to the church and provide an opportunity to deepen reflection and deliberate action.

The cleric said that in 2015, the Christian Council had a discussion on crime and violence, which was deemed a success in that it provided the basic information on the nature and types of crimes committed, current trends and strategies being employed by law enforcement authorities and insights into the rehabilitative work being done.

“But it did not provide any specific way forward as to how to prevent, reduce, or manage crime and violence in our society.”

The council further hopes that the event engenders a wider conversation on the issue of violence in our society and explores practical ways in which the churches can aid in its prevention and/or reduction.

Two other expected outcomes are the development of an action plan by the churches in concert with relevant stakeholders to mitigate crime and violence in SVG; and the possibility of publishing the findings and conclusions of the conference with the specific aim of making recommendations to the Government of SVG on the matter of crime prevention and reduction.

3 replies on “Christian Council to engage nationally on crime, violence”