Man on bail for coke jailed for weed 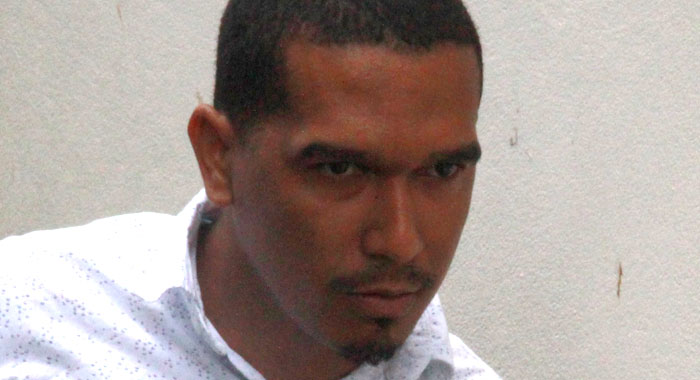 A Cane Garden man awaiting trial in the High Court for cocaine-related offences has been jailed for marijuana possession.

Junior Gomez, who has Vincentian and Trinidadian status, will spend the next 22 months in jail.

His co-accused, Yonette Small, 28, of Campden Park walked out of the Serious Offences Court a free woman on Tuesday after prosecutors decided not to proceed against her.

The duo appeared in court on Monday charged that on April 8, 2018, at Cane Garden, they had in their possession 22,053 grammes (48.6 lbs) of cannabis with intent to supply and that they had the drug for the purpose of drug trafficking.

They were further charged with conspiracy to traffic drugs.

Small pleaded not guilty to all three charges.

Senior Prosecutor Adolphus Delplesche asked Chief Magistrate Rechanne Browne-Matthias for a one-day adjournment so that the Crown could review the facts and decide whether to proceed against Small.

On Tuesday, he told the court that the prosecution would not proceed against the woman.

The court heard that on about 9:40 a.m. on April 8, acting on information, Corporal Irackie Huggins of the Narcotics Unit led a party of officer to execute a search warrant on Gomez’s home at unit 6 of Mala’s apartment.

Police met Gomez and Small at the apartment, where they also found the cannabis in a brown cardboard box in the bathroom.

When cautioned about the drug, Gomez told the police, “Officer, the weed is mine. The girl ain’t know nothing about it.”

Both Gomez and the prosecutor told the court they had no representation on sentencing.

In handing down sentence, Browne-Matthias noted that Gomez had pleaded guilty and had no antecedents.

“At least you have not been convicted in St. Vincent and the Grenadines of anything,” she said.

She noted the amount of drugs, saying it was “not a little amount that I could just close my eyes to”, adding that possession of cannabis was still illegal in St. Vincent and the Grenadines.

Browne-Matthias said that having done an analysis of cases in her court and the Court of Appeal, a term of imprisonment was in order.

In the cocaine matter, Gomez and Vincentian Gabriel Hutchins have been charged in connection with the cocaine found in paint buckets that were among a consignment of 12 buckets of paint at the Customs warehouse in Bequia on Nov. 6, 2015.

The buckets were shipped from Trinidad aboard a local vessel to one “Gabriel Goofie” in Bequia.

Hutchins, a chef from Bequia, and Gomez were charged jointly with possessing eight pounds of the controlled substance with intent to supply.