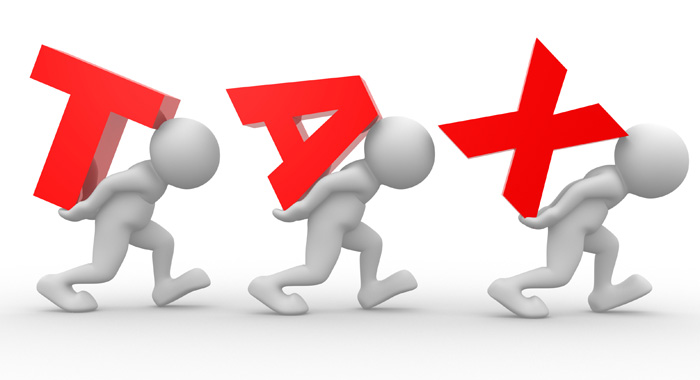 BASSE-TERRE, Guadeloupe (CMC) — The Organisation of Eastern Caribbean States (OECS) says it has presented a proposal to sub-regional governments for consideration as the sub-region moves to deal with the high taxes associated with intra-Caribbean travel.

Regional travellers on at least one airline have seen the base fare of their tickets increase by 3 per cent between 2009 and 2016, but government taxes have more than doubled in some instances, an airline executive has said.

OECS Director General, Didicus Jules, says the governments of the nine-member sub-regional grouping are aware of the issued relates to the high taxes associated with air travel in the Caribbean.

“We have made certain submissions to the governments of the OECS and we are hoping, even on an experimental basis to be able to help make that difference,” he told the launch of the integrated travel project that will significantly reduce the cost of travel within the English, Dutch, and French-speaking Caribbean.

“The governments are sensitive to that reality but there are challenges that we hope we can overcome,” Jules said.

Under Caribsky, the Antigua-based regional airline, LIAT, has joined the French-owned Air Antilles and the state-owned Sint Maarten-based Winair in an initiative that they hope should “ultimately foster free movement of persons and boost economic growth” across the English, Dutch and French Caribbean, “based on a brand new network of truly interconnected airlines”.

But even as the initiative was being launched, Hervé Nizard, French West Indies representatives of Discover Dominica Authority, expressed concern about the high taxes associated with intraregional air travel.

Nizard said the airline alliance is a big step for transport in the Caribbean, for which the participating airlines must be congratulated.

“But I think that one of the main points for improving the transport in the Caribbean is that we need to understand and face once and for all that today, when you buy a ticket within the Caribbean, more than 50 per cent of the cost of the ticket is taxes,” he said.

He said the situation is has “become acceptable”, telling the airline executives “and even when you speak about it, you seem to be shy.

“The only thing that I would like to mention is that all of us here are wasting our time if we do not take the opportunity of the strength of all three of you combined to make the governments and the airport of the Caribbean understand two dollars and two dollars are small amounts but when you start adding them together and when you reach that hundred dollar ticket, it only leaves less than US$50 for the airline,” Nizard said.

“The airline cannot survive, it would have to be coming from taxpayers’ money or it would have to disappear,” he told the gathering, reiterating that he hoped that the initiatives give the three airlines “enough strength to be heard”.

LIAT chief executive officer, Julie Reifer-Jones, said that the issue of taxes associated with regional air travel “is really a very ticklish one”.

“But it is one that we have to try and find a solution for,” she said adding that LIAT considered that very issue recently when managers conducted a review of air transportation, including taking a strong look at the airline.

“And one of the things that came out of that review is the fact that there has been this significant decline in intra-regional travel,” she said, adding that the airline’s analysis shows that airport, as well as taxes directly from government, are significant deterrents to travel within the region.

“And for LIAT, as an airline, because we are connecting passengers across several territories, we are actually picking up taxes from three or four territories every time somebody flies from one destination to the next and we also have the issue of in transit taxes…” Reifer-Jones said.

She said that LIAT — a cash-strapped carrier — is trying to broaden the conversation and say to all the governments that the region has an interest in intraregional travel.

The airline executive said that another finding of the LIAT study is that between 2009 and 2016, the airline’s base fare has increased an estimated 3 per cent while taxes have climbed by about 56 per cent.

“Now, what the passenger sees is not LIAT’s base fare. They are going to see the total packages and their reaction to buying a ticket to travel to Guadeloupe or to travel to Dominica is going to be impacted by that total bottom line picture…

“I think that in this conversation, we all have to try to influence our governments to make a commitment to the region because that’s what this conversation is about and to put some measures in place that would help to stimulate that intra-regional travel because when it happens, there will be economic growth and we will all benefit,” Reifer-Jones said.