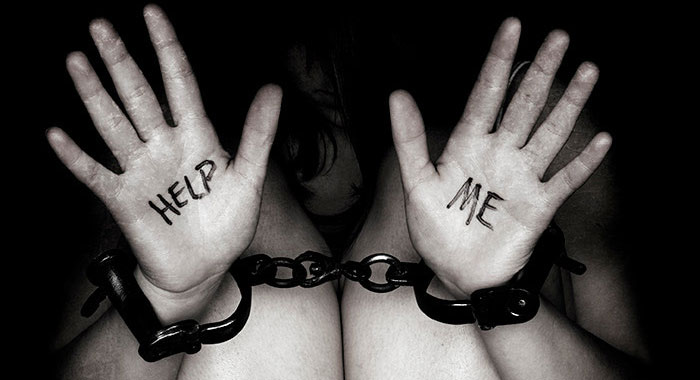 The government of St. Vincent and the Grenadines was not told that the country would be named in a press statement about a recent operation that freed 350 suspected victims of human trafficking in 13 countries.

Operation Libertad, which was coordinated by Interpol, conducted raids in 13 countries across Latin America and the Caribbean, including in SVG between April 3 and 9.

Interpol, in an April 30 statement, said, “In Saint Vincent and the Grenadines, Asian ‘employees’ at a factory had been stripped of their passports and made to be completely dependent. Having never received wages, they relied on their handlers for housing, transport, food and the most basic necessities.”

Prime Minster Ralph Gonsalves told Parliament on Thursday that three persons of Chinese descent — one the owner of a business and the others said to be workers –were questioned and released, without charge, after being taken into custody as part of the probe.

He said the business owner has been in SVG for a while and the workers lived with the proprietor at the same house.

He said SVG did not issue any press release on its operation and neither was the country informed that its name would have been mentioned in any release.

The BBC, reporting on the raid in SVG, said, “…bosses at a factory in Saint Vincent and the Grenadines stripped Asian trafficking victims of their passports and forced them into total dependence, taking all their money and means of transport from them”.

“To all intents and purposes, you enslave the person,” BBC also quoted Tim Morris, Interpol’s executive director of police services, as saying.

Gonsalves said in the Interpol press release the facts were “overextended … and overblown and in some way, in this world, where things travel in the way in which they travel, magnified and placed on St. Vincent and the Grenadines an unnecessary spotlight and created the impression that this country has a human trafficking problem which we are not addressing.

“Because when the report says that, ‘Meanwhile, bosses at a factory in St. Vincent and the Grenadines stripped Asian trafficking victims of their passport and forced them into total dependence taking all their money and means of transport from them’, you get the impression that we have a huge number of quote-unquote ‘Asian trafficking victims’, when in fact there were two persons involved and what happened is this, these two persons were living at the same house  as the owner: all three of them being of Chinese descent,” Gonsalves said.

He told parliament that the owner of the business “has been around in St. Vincent and the Grenadines for quite a long time and the two workers concerned who were possible victims but had not been elevated on the investigation to victims”.

The prime minister, however, told parliament that a file is being prepared to be sent to the acting Director of Public Prosecutions.

“I have given the background and I don’t believe that this is a matter that anybody should speak upon in a specific manner prematurely. And it is important that I make this statement to clarify the issues.

“A number of persons called me and I had to say to them — I said this is something overblown and to the point of inaccuracy and there are things which are wrong in the way in which this was dealt with by those who made the disclosure.”

Gonsalves said he does not know Morris made the statement in precisely the terms as BBC reports it.

“Because this is another thing, sometimes people may hear some things – some journalist and put it in a particular context outside of what it is.

“I want to reiterate that St. Vincent and the Grenadines remain committed and is resolved in collaborating with local, regional and international partners to combat human trafficking wherever it exists,” he said.

The Prime Minister continued, “I want to make this point that we are very strong on it, we have put together a regime… And, Mr. Speaker, while you are preparing a file for the DPP, to have somebody else go and speak about this matter, and besmirch the name of St. Vincent and the Grenadines. If we are not doing anything, fine, beat us up. But not if we are doing something. And, from this, we begin to hear how many thousands of Chinese are in St. Vincent and how they’re taking over the country and how Ralph say he ain’t giving no passport, what happen there?

“We have enough problems to handle, Mr. Speaker, to have to deal with these either fake news or overblown matters.”