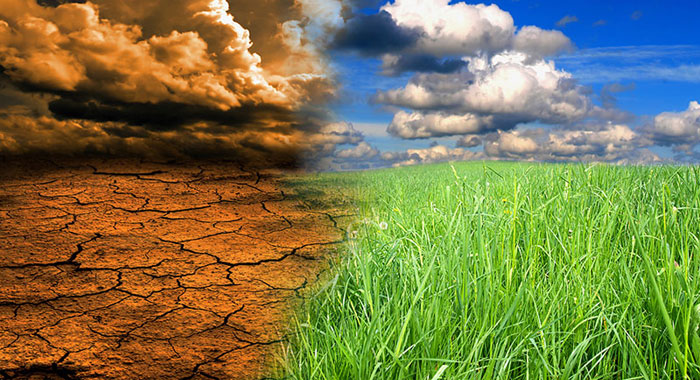 Opposition senator, Kay Bacchus-Baptiste, is accusing the Ralph Gonsalves government in St. Vincent and the Grenadines of being “climate change prostitutes”.

Minister of Finance, Camillo Gonsalves rejected the label in Parliament on Thursday and suggested that the senator had misused the term.

Bacchus-Baptiste levelled the charge during debate on the Climate Levy Bill, which was passed into law, and would see visitors to SVG paying US$3 per night on their hotel rooms for the first 30 days of their stay as of June 1.

The money generated will go to the Contingency Fund, which has been set up to help the country respond to climate change.

Bacchus-Baptiste said the opposition had “a serious difficulty with the bill”.

“In fact, the attitude of this government has been likened by some to what is known as climate change prostitution.”

“They will frame every project around climate change for a chance of wringing money out of taxpayers.

“And we are warned to be aware of climate change prostitutes,” Bacchus Baptiste said.

The senator said she made that point because one gets the feel in SVG that the Unity Labour Party administration is dealing with the symptom of climate change.

“We don’t see any initiatives to deal with the reasons for the unusual floods, the destruction of our bridges, etc. what are the plans to eradicate these problems? How can raising a tax level at EC$8 per night or per room really alleviate the problem if we do not go to the root of the problem? Is it really genuine?”

She said that another issue is what the government intends to do with the levy.

“We are well aware of the very poor accounting, dismal record that they have for accountability. So how do we know that what this money would be spent on and how it would even assist the problem with climate change?”

If the monies collected are merely going to be used to rebuild bridges or roads, etc., again, I ask, how will that alleviate the root cause? That’s the point,” Bacchus-Baptiste said.

‘a gimmick’ to tax citizens

The senator said there is “a gimmick to tax all our people to rebuild a bridge and when you are finished building the bridge, you paint it in red and you invite ULP people only to come to the opening. How does that solve the problem of climate change? Or is it for merely getting election points? So you fix a road and you build a bridge.”

She said that what is needed is an education policy for vulnerability assessment to the roads and bridges.

“For example, for over the past few months, years even, there has been no response to the broken bridges and roads in Sandy Bay, Magum, Tourama, Coulls Hill, Chateaubelair and other areas, even some areas in East St. Gorge.

“What about more training for health care professionals so that they can respond better to disasters and better management of our watershed areas and depletion of our forest — reforestation?

“Because those are the reasons for the floods that flood down our roads and cause the bridges to disappear.

“So we see a strategy emerging by the ULP to link taxes with a cause — what they determine is a good cause but, sadly, no accountability for the money…

“So you find a project that sounds good, hoodwink the public that we’re doing this for Zero Hunger or we’re doing this for Lives to Live or whatever you call it, and then we never have any follow-up about how the monies are being spent and that is why we over here are suspicious about this bill, as just another Zero Hunger, Lives to Live, raising money with no accountability.

“There is a concept in the literature that there are some people who have been so impoverished by climate change, by drought, by flood, by being made refugees that some women have been forced into prostitution because of the changes wrought on them by climate change.”

“… but never have I understood the phrase and comprehended the phrase to be a term that could be attached to a government, to a state that has been fighting tooth and nail every single day to protect and arm its population against the ravages of climate change.”

He said he wonder if climate change prostitution, as a concept, includes when SVG sent its bailey bridges to Dominica when they were affected, or send entire barges of foodstuff to the British Virgin Islands after the hurricane last year.

“Is that prostitution?” asked, adding that if that was also the case when SVG hosts students from countries ravaged by hurricane.

“Or I wonder if it is when, as the Minister of Agriculture said, we send trees to replant the hillsides of the British Virgin Islands,” he said, and further asked if it is prostitution when utility workers from SVG go to devastated Caribbean countries to restore services there.

Gonsalves said SVG has seen death and destruction wrought by storms and hurricanes.

“These things have hit home not only to us in this Parliament but [to]people all across this country and across this region. We know that climate change is real and we know we have to do something about it,” Gonsalves said.