Ex-cop found not guilty of sexual assault of daughter 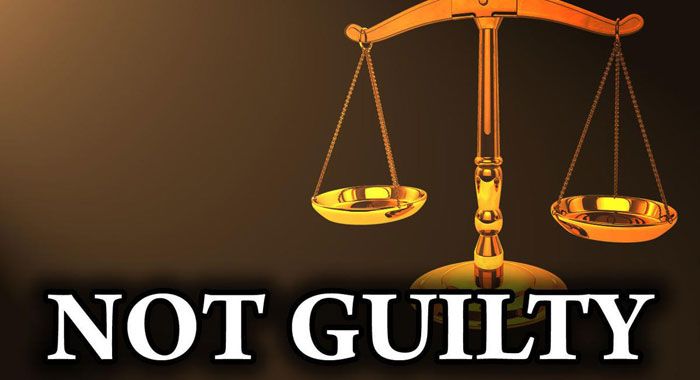 A female-majority jury on Tuesday found a former policeman not guilty of three charges related to the alleged sexual assault of his 8-year-old daughter in 2012.

The man, whose name iWitness News is witholding to protect the identity of his daughter, was fingered in a police investigation after one of the girl’s relatives detected a foul odour while bathing her.

A medical examination found that the girl has been sexually assaulted.

Amidst an investigation into the crime, the police officer left St. Vincent and the Grenadines for the United States — without the permission of his superior.

He was extradited last year and his trial, which lasted nine days, concluded on Tuesday with the not guilty verdict.

After three hours of deliberation, the jury returned a not guilty verdict, with just one juror convinced that the man was guilty of the crime of which he was accused.

Defence counsel Kay Bacchus-Baptiste welcomed the not guilty verdict, telling iWitness News that there were major inconsistencies in the Crown’s case.

“For example, they said that one of the days that he had sex with her, he had taken her home to change her school clothes. And it turned out that the day was a Saturday. I was able to show to the jury that that could not be true.

“And, another day that she said he had sex with her turned out to the day that the doctors examined her.

“And they found no fresh anything, no sperm, no nothing,” the lawyer said.

“Somebody was lying and so the jury acquitted him 8-1,” she further told iWitness News.

Bacchus-Baptiste said that the Crown had initially brought five charges against the man, but withdrew two of them at the beginning of the trial.

The Crown dropped an incest and an indecent assault charge and tried the accused man on one count each of incest, indecent assault, and sex with a girl under the age of 13.

“I think it really left the jury in serious, serious doubt.”

“… and when you start with a case where there is so much notoriety, the fact that everybody said he raped the daughter and ran away — and he did leave in truth without permission, being policeman — you come into a case like that and have your own daughter who claims she loves you and who you claim you love giving evidence against you, it makes it very, very difficult. I had recognised that.”

The lawyer said that the medical evidence is that the child was in fact sexually assaulted.

“But, the other big point is that whoever assaulted her had gonorrhoea. And the defendant did not have gonorrhoea, neither did the defendant’s wife [and mother of the child], who he was sleeping with all the time for months, with no break.”

It was noted that the case was one in which a child had accused her father of sexually assaulting her.

“It could be that she was manipulated,” Bacchus-Baptiste told iWitness News.