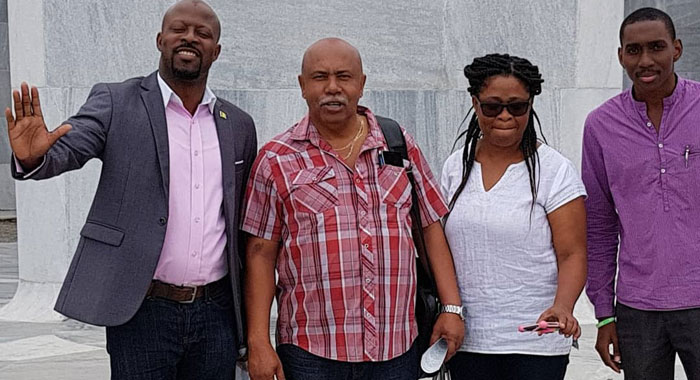 HAVANA, Cuba — A four-member delegation from the Unity Labour Party (ULP) in St. Vincent an the Grenadines, led by Assistant General Secretary, Sen. Carlos James, is on a one-week visit to Cuba as the Cuban Party and the ULP seeks to strengthen its relations on the heels of political transition here, under the new president, Miguel Diaz- Canel Bermudez.

James said the meeting comes at an important time as both Cuba and SVG continue to strengthen their relations against new threats to the progressive movements across the region.

“This is an important time in our political history as a region; we have the option of either working closer together in our struggle against imperialism or allow the imperialists to divide our political position at a State and governmental level. The political attacks against our people come in many forms and we have seen examples through the economic blockade in Cuba and now sanctions against Venezuela,” James said.

He said the political developments taking place across the region now provides an important platform for progressive governments within the regional bloc to deepen their relations.

“We are dealing with transitions in leadership across many Latin American and Caribbean countries and this comes with the emergence of threats to our sovereignty and our right to chart a course towards the development of our people without political interference,” James said.

Meanwhile Jorge Arias, vice deputy of the Department of International Relations of the CC-CPC said Cuba is grateful to SVG for its support to the Cuban people.

“When St. Vincent and the Grenadines vote against the U.S. economic blockade it is making a contribution to the revolution and it is expressing its support to the Cuban people and its continued fight against imperialism,” Arias noted.

During the one-week visit the delegation will call on the Cuban National Assembly, the Ministry of Foreign Affairs and the Committee for the Defence of the Revolution.

The delegation returns to SVG on Sunday.