Half of male ‘patients’ at Mental Health Centre can go home 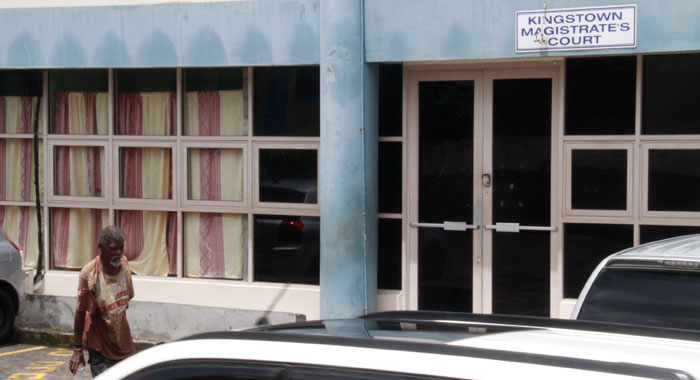 A man, said to be mentally ill, walks past the Kingstown Magistrate’s Court on Tuesday. (iWN photo)

Of the 200 or so patients at the psychiatric hospital in St. Vincent and the Grenadines, 153 are men.

Of these men, about half of them are “custodial patients”, meaning they live at the Mental Health Centre but don’t have to.

Dr. Karen Providence, registrar at the Mental Health Centre, told the Kingstown Magistrate’s Court on Tuesday that these patients can be discharged if their families would take responsibility for them.

Providence further said that many of these patients come from influential families who have dispossessed them of their property.

She further said that many of the female patients at the psychiatric hospital have children and are young enough to have parents who are still alive.

“Mental health conditions are not contagious,” Providence said, and asked how could the public stay outside the facility, not visit and think they are in a position to judge.

The physician, however, said that there are only two doctors assigned to the 200 patients at the facility.

Those doctors, Providence further said, have to also attend to mental health patients in the nation’s prison, at outpatient clinics across the country and at the Milton Cato Memorial Hospital.

On Monday, Senior Magistrate Rickie Burnett summoned Providence to court to explain the delay in the court receiving reports on three men who were sent for 14 days’ psychiatric evaluation on April 9, April 30, and May 2.

The magistrate received the reports, which were dated June 15, on the morning that the doctor appeared before the court.