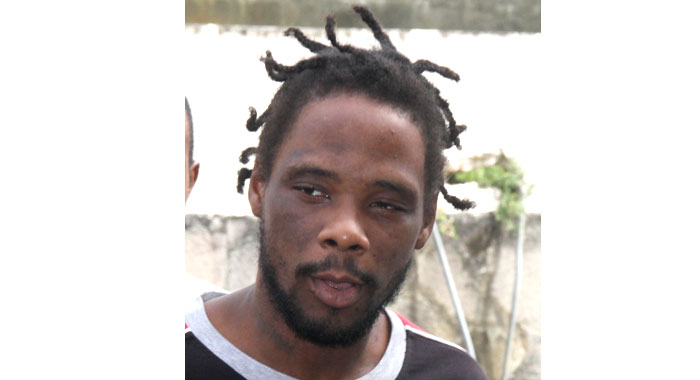 The accused, Nyron Alexander, is charged with assault and wounding. (iWN photo)

Senior Magistrate Rickie Burnett, on Tuesday, expressed concern about the fitness for trial of a man whom the Mental Health Centre had cleared for trial.

Nyron Alexander of Clare Valley was one of three men whose psychiatric report was so long overdue that the magistrate decided on Monday to summon the Registrar of the MHC, Dr. Karen Providence, to explain the delay.

The magistrate received on Tuesday, the day on which Providence appeared before the court, the report on the three men who were sent for 14 days’ evaluation on April 9, April 30, and May 2.

The court received, on Tuesday, a report dated June 15, which said Alexander was fit to stand trial.

The magistrate then put to him the charges.

Alexander told the court that he was not guilty of charges that on April 28 at Clare Valley, he assaulted fellow villager, Denicia Lewis, causing actual bodily harm and that he unlawfully and maliciously wounded Olynika Robertson, also of Clare Valley.

In entering the second plea, Alexander told the court that he did not commit the crime because he did not slap anyone.

In trying to understand the man’s comments, the magistrate asked him a few questions and Alexander’s response did not make much sense.

“You see the challenges of this job? You have been cleared by the doctor, but clearly–” the magistrate said.

Burnett then asked the prosecution what Alexander is alleged to have done.

The prosecutor told the court that the man is alleged to have struck the complainant with a stone.

The magistrate then inquired about whether any of the accused man’s relatives was in court.

The magistrate then granted Alexander EC$2,000 bail with one surety and adjourned the matter to July 24.