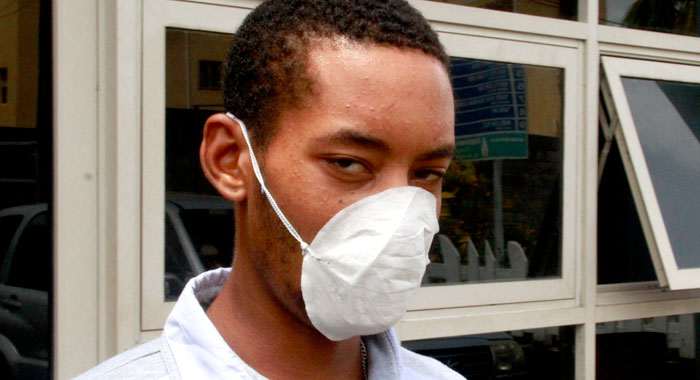 A 23-year-old shooting victim of Layou who was last month bonded to keep the peace, this week begged Senior Magistrate Rickie Burnett not to remand him to prison.

Jovika Gaymes was brought before the Kingstown Magistrate’s Court on two charges, about a month after he and about 10 other youths agreed to be bonded.

On Tuesday, Gaymes was charged with criminal trespass onto the property of Arika Hazelwood, also of Layou.

He was further charged that he assaulted Kazino Williams, also of Layou.

Both offences were allegedly committed on June 9, 2018.

She said that the bond stemmed from an ongoing saga and further noted that the defendant has been shot in the mouth.

Samuel further objected to Gaymes’ bail, for his safety in light of the gunshot injury he had sustained.

She told the court that police in Layou are having “a hard time” regarding ongoing incidents in the Central Leeward town.

The prosecution believed that if the defendant were granted bail, he would hamper the police investigation, Samuel told the court.

The magistrate, however, noted that not because the defendant is charged with an offence means that he has broken his bond.

The defendant told the court that he does not agree with the prosecution’s belief that others would harm him if he were granted bail.

The defendant asked not to be remanded to prison, saying that he has to visit the doctor regularly because of the gunshot wound to the mouth.

The magistrate pointed out that medical attention would be provided if he were remanded to prison.

However, Gaymes expressed fear that the environment at the prisons would “contaminate” his injury.

The magistrate told the prosecution that he is not minded to remand the defendant.

Samuel then asked the court to impose a reporting condition and a curfew and to order Gaymes to have no contact with the complainants.

Gaymes was granted bail in the sum of EC$1,500 with one surety and was ordered to report to the Layou Police Station on Mondays at 8 a.m.

The matter was adjourned and transferred to the Layou Magistrate’s Court for June 27.