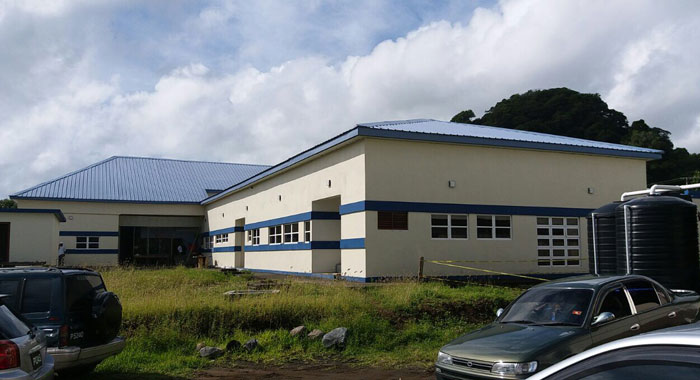 The Modern Medical Complex at Georgetown, which has been under construction for almost a decade, will be officially opened on Monday.

Minister of Health, Sen. Luke Browne made the “momentous announcement related to healthcare in St. Vincent and the Grenadines” (SVG) during Thursday’s meeting of Parliament.

“I am delighted to report to this honourable Parliament that the modern medical complex will be opened on Monday July 2nd 2018,” the minister said.

He said that opposition lawmaker, Member of Parliament for East Kingstown, Arnhim Eustace, whom he hopes to replace, had, on one occasion, said in relation to the project that it was “eternal or never ending.

“And if that was in fact the case, it would seem that eternity does, in fact, come to an end and could come to an end on Monday, God willing,” Browne said.

He said that the centre is “a major breakthrough for the provision of healthcare in St. Vincent and the Grenadines.

“This multi-million dollar facility, in fact, it was built at a cost of over $22 million dollars,” he said, adding that the final figures will be available after some equipment that was purchased recently has been factored in.

The facility will provide a wide range of services and would be the first public healthcare facility in SVG to provide haemodialysis.

“And this spells new hope for patients who have problems with their kidneys.”

“And we want to tell persons with these sorts of problems that they are going to have a chance at living a fairly normal life as a result of an initiative of the Unity Labour Party government.”

He said that Cubans provided technical support, helped with equipment, and sent a medical brigade of 23 professionals to help with the start up of operations at the facility.

The cabinet decided on Wednesday that all government offices would be closed at noon on Monday to allow public servants to attend the 2 p.m. opening ceremony.