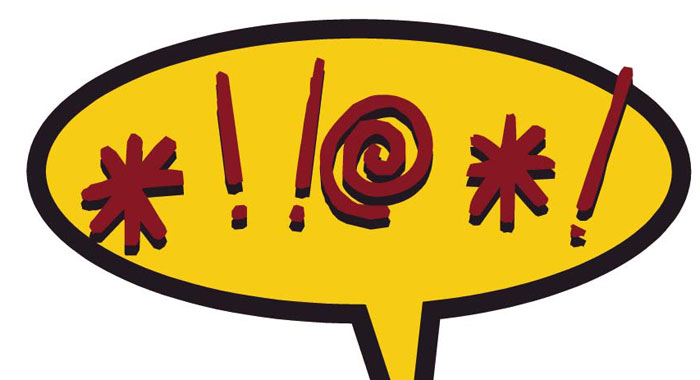 An 18-year-old man, egged on by the alcohol in his system, refused to apologise for swearing at a police officer, but willingly did so one day later in court.

The youth was charged that on June 24, in a public place, the E.T. Joshua Airport, he used indecent language to Sergeant of Police Shorn Chandler, to wit, “Wha’ de f**k me seeing here.”

The drunken man used the words after a glass bottle which he had been carrying broke. The police officer was trying to relieve him of the glass bottle in keeping with the no-glass-bottle policy at public events.

He pleaded guilty to the charge when he appeared before Senior Magistrate Rickie Burnett at the Kingstown Magistrate’s Court on June 25.

The court heard that Chandler and other officers were patrolling the compound of the decommissioned E.T. Joshua Airport about 12:15 a.m. on the day in question, during the soca monarch semi-finals show.

They saw the defendant approaching with a glass bottle of Guinness in his hand and Chandler stopped the youth, identified himself as a police officer and asked him if he was aware of the no-glass-bottle policy.

The youth said he was aware but insisted on going past the officer with the glass bottle in his hand.

The police officer asked the defendant how old he was and he said 15.

Chandler attempted to take the bottle from him, but, in the process, the bottle fell and broke.

At this point, the defendant uttered the words upon which the complaint was based.

When given a chance to do so, the man refused to apologise for using the swear word and was arrested.

The defendant told the court that while he knew of the policy, he was not going inside the soca event.

He told the court that he was intoxicated, hence his refusal to comply with the police officer’s instruction and his refusal to apologise for the offensive words when given a chance to do so.

“Just a little rudeness,” he told the court calmly.

The prosecutor, Police Constable Corlene Samuel told the court that she is aware that it is the carnival season and that the defendant has just completed school.

She said that she hopes that he learns from his interaction with the court system and that she was looking at invoking section 37 of the Criminal Procedure Code, which would treat him as if he never appeared in court.

Chandler told the court that when he encountered the youngster, it was obvious that he had had a few drinks.

He said that after he took the youth to the station, he learnt that he was in fact, 18 years old and had just completed his school leaving examination.

The sergeant said that he would be willing to accept an in-court apology for the youth and would support the invoking of Section 37.

“If there is something called luck, today is a lucky day for you,” the magistrate told the young man.

He further told the young man that if he feels like drinking, he still has to control himself.

“Carnival is coming up and you will feel like drinking again, but do better,” Burnett told the youth, who apologised to the sergeant for his actions.

One reply on “Court appearance sobers up foul-mouthed youth”