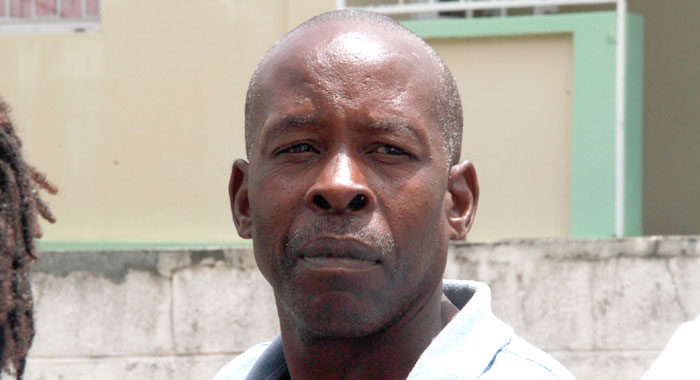 Austin McDonald must be regretting what he caught during his last “fishing trip”. (iWN photo)

A man caught “fishing” with a stick through his neighbour’s bedroom window is now “enjoying” the second week of his “catch”.

Austin McDonald might have been left with “a wet backside and a hungry gut”, as the colloquial saying goes, if he had gone fishing at the seaside.

But, instead, the 50-year-old must be contemplating the veracity of the saying, “Everyday is fishing day, but every day na’ catching day.”

For caught red-handed he was when he entered the property of Natasha Baptiste, of Roseau, as a trespasser on June 23 with the intention of committing theft.

McDonald pleaded guilty to the charge when he was arraigned before Senior Magistrate Rickie Burnett at the Kingstown Magistrate’s Court on June 25.

The court heard that Baptiste lives in a one-story concrete house in the East Kingstown community.

About 1:30 a.m. on June 23, her 20-year-old daughter was asleep in her bedroom when she was awakened by a strange noise.

She saw a piece of stick being pushed through the bedroom window.

When Baptiste’s daughter looked through the window, she saw the defendant and called out to him, saying, “Rawlie, I see you. You can’t say I ain’t see you.”

In mitigation, McDonald told the court that he was chopped in 2010, resulting in a withered hand, colloquially known as a “finny” hand.

He said that as a result, his wife and son ran off and left him.

The man asked the magistrate to put him on a bond, saying he had run out of food and that is the reason he went to the neighbour’s bedroom window with the stick at that time of the night — although he was at home all day.

But Baptiste told the court that it was not the first time that McDonald was coming to her window trying to steal things.

She said he had also done so during the previous week.

“I can’t help it,” the defendant responded, adding that he has been unable to work since 2013.

He told the court that he was a cocaine addict but had since kicked the habit.

“I am no trouble maker,” the defendant said,

The defendant said he was released from prison on June 19, 2017.

“It’s only a year since I out of prison,” he said.

“Well, I can’t help you, you are going back in. You all must stop terrorising people,” the magistrate said, and sentenced the man to 12 months in jail.