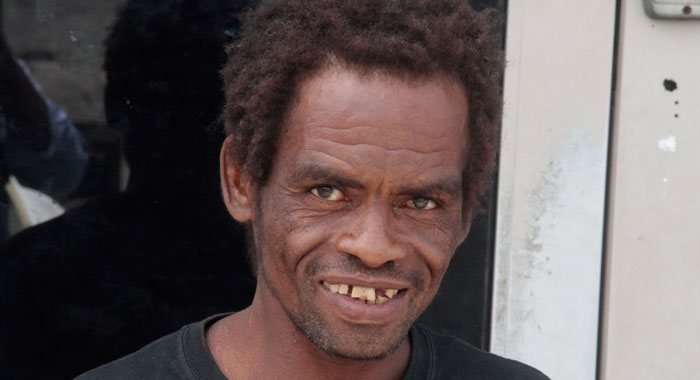 The magistrate said he believed Josiah Lavia was being quite honest and forthright with the court. (iWN photo)

When a parcel of marijuana that Josiah Lavia went to retrieve from a wall near his neighbour’s property rolled into the woman’s yard Monday night, he knew he had a problem.

The 46-year-old Petit Bordel resident knew it was illegal to trespass.

However, Lavia needed to sell some of the marijuana to buy something to eat.

So Lavia needed to come up with a plan.

He decided that he would crawl into Tutana Turtin’s property to retrieve the marijuana.

However, while doing so, the woman’s dog began to bark.

The Kingstown Magistrate Court, where Lavia appeared on Wednesday on a criminal trespass charge to which he pleaded guilty, heard that Turtin had fallen asleep in her bedroom with the window open.

She was awoken about 9:15 p.m. by the barking of the dogs and was about to close the window when she saw Lavia dressed in dark clothing crawling under the window.

She spoke to him, there was an exchange of words, then Lavia left.

Turtin called the police and Lavia was arrested and charged.

When Lavia appeared before Senior Magistrate Rickie Burnett on Wednesday, he told the court that he had gone into the yard to retrieve the marijuana and had gone down on all fours because he knew that entering the woman’s property without permission was wrong.

The arresting officer told the court that Lavia was not known to be a trouble maker in the North Leeward district.

“I think he was quite honest and forthright with the court and because of that, I will place him on a bond for six months,” the magistrate said.

If Lavia breaks the bond, he will have to pay EC$500 or go to prison for six months.

The magistrate, however, cautioned Lavia to be careful about trespassing on people’s property.

“If it was Mr. Grant Connell’s property, things could have ended differently,” the magistrate said light-heartedly, referring to the counsel who was at the bar table.

“I am using an example,” the magistrate said in contribution to the light-hearted comments.