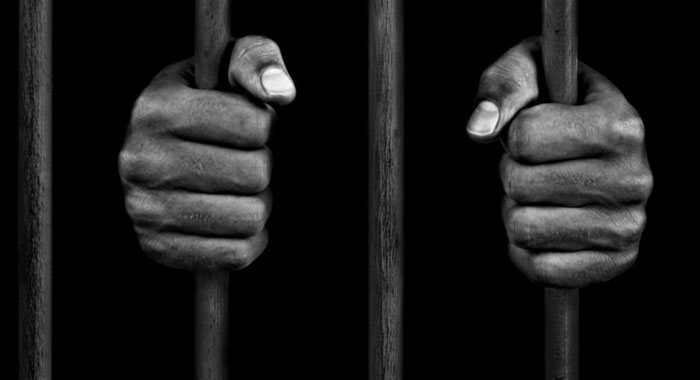 A 51-year-old Diamonds man was, on Wednesday, jailed for four years for possession of an unlicensed 9mm firearm in Kingstown during the pre-dawn hours of Saturday morning — as the final weekend of carnival got underway.

Dan Butler was jailed after pleading guilty to the charge, while his co-accused, Alwyn Theodore, 42, of Dickson, and Victory Martin, 18, of Georgetown, who pleaded not guilty, were discharged.

Butler and his co-accused were nabbed in Kingstown after two detectives who were on foot patrol heard what sounded like a gun being charged about 1:40 a.m.

She noted that they had been going about their duty at that hour of the morning, even as many other persons were partying in the city.

She said that at that hour, police officers could “wax weary”, adding that she is sure that many police officers just want to take some rest now that the carnival festivities are over.

The court heard that on nearing the Kingstown Co-operative Credit Union building on Granby Street, Laborde heard the sound of a gun being charged.

The attention of the officers was drawn to the three defendants, who were sitting on the steps of the KCCU building.

The officers approached the three men and identified themselves and ordered the men to stand up.

When they did, Laborde found the firearm on the steps.

The other defendant, who had the magazine, dropped it, but said nothing.

The police questioned the men about whether they had a licence to hold a firearm and they said no.

Checks at the Traffic Department confirmed that the men had no such licence, and a police firearms expert wound the weapon to be functional, leading to the men being charged.

After Butler accepted the facts, the prosecution withdrew the charge against the other defendants.

Butler told the court that he found the firearm in a bathroom at Heritage Square that same night.

When the chief magistrate asked him if he had seen any police officers around at the time, he said no.

“If your story were to be believed, that would be different, but the court doesn’t believe your story at all,” Browne-Matthias, told Butler, who asked the court to impose a fine on him.

The magistrate noted to him that the maximum sentences for such an offence was a fine of EC$20,000 or seven years in prison or both.

She further pointed out to Butler that he is not a virgin to the law, adding that his record shows that he is well known to the court.

The chief magistrate further noted that Butler was found with the firearm in the city during the carnival season.

She pointed out that there were a lot of people in Kingstown and that there was strong police presence.

Browne-Matthias said she found it odd that Butler had said that he had not seen any police officers at Heritage Square – a popular entertainment block on Fridays — but as soon as he went up the road from that area, “amazingly, police were there”.

When Senior Prosecutor Adolphus Delplesche asked Butler what he would have done with the firearm had the police not intercepted him, he said he would have kept it.

The magistrate told the accused man that he was speaking softly in court, thinking that she is a “dodo enough to believe”.

She told the man that when people come into Kingstown to frolic during the carnival season, if they enjoy that kind of activity, they do so not to be fearful of being shot.

“And keep it to do what? Not shoot down mangoes,” she said, referring to Butler’s response to the prosecutor.

5 replies on “Sound of cranking gun gives men away”