Carnival licensing fees: why does Julian hate his own? 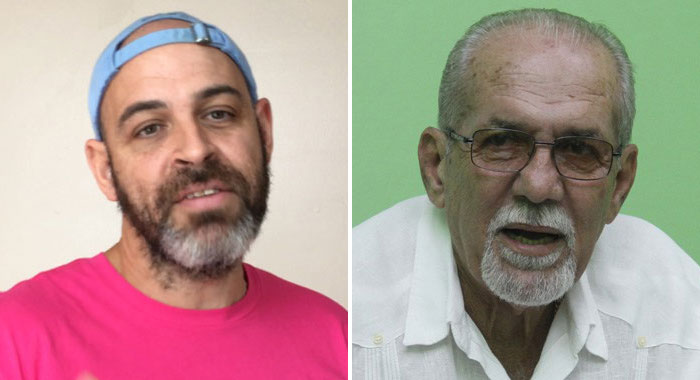 Julian Francis last Tuesday made a proposal advocating that the local promoters “ALONE” pay an additional Carnival tax to the government of St. Vincent and the Grenadines, piled onto the 16 per cent VAT we pay, the 35 per cent Corporate Tax we pay, the 20 per cent Withholding Tax incurred (if artistes or DJ’s are brought in from overseas), as well as the Entertainment Tax imposed on foreign artists/DJs, this, we also pay!

Let us not forget to mention the fact that most of the venues frequently used during Carnival are owned by the State and a significant rental fee is also paid to these State entities for the use of such. We must also include the mandatory hiring of police.

Julian Francis now also wants to impose a Carnival Licensing Fee for good measure. WHY? How many more taxes can we suffer? The rationale, Julian explains, is because the state must now be “compensated” for the EC$2 million dollars it hands out to the CDC every year! His rationale being that the State, through the CDC, provides the Carnival environment through which private promoters profit — nobody else, just the private promoters. Imagine that…! A Carnival tax for LOCAL promoters ONLY! Not the restaurants who benefit greatly, not the liquor and beer companies that experience a huge uptick in sales, not the hotels that fill their rooms, not the gas stations, not the car rental companies, not the sound and lighting companies, not the supermarkets, not the airline companies, not the vendors, just the LOCAL promoters, ONLY!!!!

Interestingly, we are the only ones being targeted with this unjustified proposed additional government tax which effectively is aimed at putting a band aid on the CDC’s Carnival failures and giving the government yet another pass! If promoters pay for the CDC, the CDC and by extension the NLA and government can escape analysis and review of their questionable Carnival operations.

Why should we, as event promoters, carry the burden of the CDC?? If the CDC cannot SUCCESSFULLY execute carnival events in this environment which we are being told is so conducive for making money, why have the government not (1) sold these events to private promoters who can turn the events around or (2) installed a qualified board who can actually guide these CDC events into profitability, or (3) cancel the events due to lack of viability? And if the expenditures are simply not recoverable through gate receipts, sponsorship, etc., then we must deem them of peculiar interest to the State alone and which, therefore, they must be willing to fund directly.

Think about this for a minute, Julian Francis would have us believe that the 16 per cent VAT, the 35 per cent tax on profits, the withholding tax, the entertainment taxes, the venue rental fees, the payments to the Police, etc…, fees and taxes that are currently being paid by all promoters, are not sufficient contributions to the State?

Julian says the state must have more! And more!! And even more!!! WHY? Is it because within Julian’s thinking, the State is doing the private promoters A FAVOR by having Carnival?

Is Julian for real or does he just hate his own?

Does the government sanction this irresponsible rhetoric put out into the public forum by Minister Julian Francis? The minister doesn’t question the efficacy of the CDC; they are clearly doing a wonderful job, as witnessed by basically the same people running Carnival for the past 20 years. No. Instead he looks to hatefully penalise JUST the promoters who he feels must now carry the costs previously borne by the State. The reward for hard work, risk taking and success is a punitive new tax. So much for what your parents told you about hard work…

On the other hand, however, the State, on the promise of a few jobs, gives foreign investors untold benefits — duty free [concessions] on construction, tax free status forever, preferential land prices, even duty free [concessions] on all consumables (food and beverages) — anything they want — they even rebuilt the airport in Canouan for foreign investors! All for jobs. We don’t complain, we don’t impose new taxes on them to “compensate” the State for our investment; in fact, we go the opposite way and remove taxes to lessen their burden!! But not for LOCALS! We are the donkeys that must take risks, break our backs, lose our money so that we can afford to give the foreigners the tax relief they “deserve”. Julian is this what you would call POST-COLONIAL? Why do we hate our own? Julian, why do you hate your own??

Aren’t governments in the business of creating economic environments where its people can flourish? Isn’t the whole premise of the construction of the AIA — to create economic opportunities for our citizens, isn’t this one of the roles of government?

CDC is not carnival

Julian, along with a number of others, sees Carnival as a function of the CDC and hence the mistaken believe that CDC is Carnival. CDC is NOT Carnival!! Its function is to manage and develop Carnival! That is, bring some order to what may otherwise well be chaos.

But, let us be clear, Carnival, first and foremost, is an emotion, an expression of our soul, a period to FREE UP, the CDC does not control this; this emotion will find a way of release by one way or the other. The tangible expression of these emotions, would proceed just fine with very little input from the State, the public is already willing to finance them.

The other areas which are deemed not financially viable by the State and often termed “cultural”, MUST be funded by the State! Why should promoters be expected to carry the burden of these unprofitable CDC events to a greater degree than anybody else? Why is the government looking for a scapegoat to pay for this, why? The public at large couldn’t care less if these unprofitable activities come or go!

The state sanctions and encourages gambling amongst its populace for the sole justification of funding “sports and culture”, hence, those aspects of Carnival which the public are not willing to support (through attendance) but which the State has determined as being culturally necessary, surely, must fall under the purview of the National Lottery. Or why else can its existence be justified? States don’t generally encourage and sanction gambling for gambling’s sake, right? Make up your mind Julian. Which is it? If the NLA isn’t responsible for funding Carnival, amongst other things, what is it responsible for, where does its money go?

Does anyone think the CDC or the State for that matter can do what private promoters do? Maybe they can, although I doubt; past behaviour gives us an insight into future outcomes, but they certainly wouldn’t want to take the risk. The promotion business is a precarious business at the best of times. A lot more events fail than succeed, most new events lose big and sometimes catastrophically. This is just the nature of the business. It’s a fashion first business, predicting the whims of the party goer is difficult and risky, the event business is competitive, its subject to weather, etc., all the different types of vagaries the State doesn’t manage well and tends to avoid. The CDC knows this and has first hand experience of it. Even with their advantages they know the risks are high and they tend to avoid them. So… Why the hostility toward the private promoters who are risking their own money? We are providing attractions to Carnival goers risk free to the State! The State should be paying us!! We are employing a great many local services, local artists, facilities, etc.

Furthermore, we are providing a stimulus to overseas tourists who, by and large, haven’t in the past been attracted by the CDC’s offerings. Does anybody really believe the CDC by themselves offer an attractive enough package to lure tourists (not returning nationals)? All of this, risk free to the State. H2O Soca alone employs close to 200 persons directly and probably many more indirectly, the local artists bill singularly, is approximately EC$75,000!!! The State doesn’t want this kind of risk.

Julian, the government you are a part of gladly subsidises air travel with the international carriers because it is cheaper than carrying the full burden through charters. You will never recover this money but it is part of the stimulus package for the nation. Your government gladly cuts feeder roads to access agricultural lands yet you don’t impose additional taxes on those farmers who benefit. So what is your point?

We the promoters, are providing the stimulus free of charge with absolutely no risk to the government and yet, you still begrudge us. Julian, why do you hate your own? In your POST-COLONIAL economy, do locals deserve additional taxes for their entrepreneurship while foreigners should operate risk-free?

What is your real gripe Julian? Why do you so hate your own?

Despite many private promotions failing massively, you seem obsessed with the handful that have caught the public’s imagination, ignoring the fact that many of these have had to be built over many years encountering substantial losses along the way. The Carnival period offers no guarantee of success; the CDC knows this better than anyone. Private promoters make a significant contribution to the whole Carnival product, adding additional economic activity, which the whole country benefits from. So what is your real gripe???

2 replies on “Carnival licensing fees: why does Julian hate his own?”