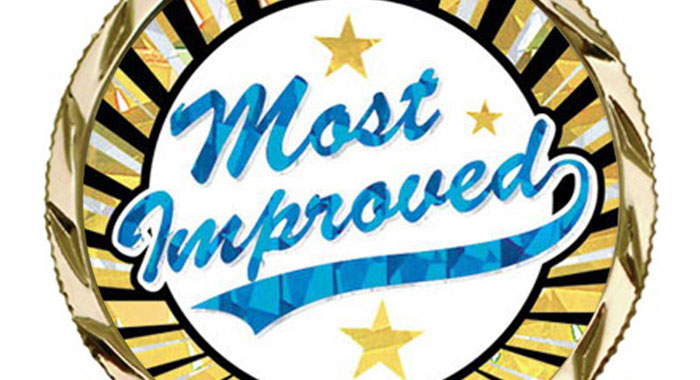 The St. Vincent and the Grenadines Port Authority (SVGPA), after placing second in 2015 and 2016, was able to capture the 2017 title of the Most Improved Port among the 16 member ports of the Port Management Association of the Caribbean (PMAC).

The award was granted at the just concluded 21st Annual General Meeting of PMAC in Jamaica.

The Nova Port Cup award, as it is known, was awarded to the SVG Port Authority for improvements based on comparative cargo volumes, operational efficiency, standards and best practices over the previous year’s performance.

Additionally, the SVGPA was only narrowly beaten by the Port of Antigua into second place for the Caribbean Maritime University’s (CMU) award for the port that has dedicated the most resources — revenue and time — to training its personnel for the period.

Chief Executive Officer of the SVGPA, Bishen John, indicated that achieving the award is the result of the combined efforts of a dedicated staff, coupled with effective Corporate Government from the Minister of Air and Sea Ports Development and the Council of the SVGPA.

John indicated that is was indeed an honour for him to have led the Port Authority to this great achievement at a time when significant investment is being undertaken in port development as well as the training and development of staff members.

Clayton Burgin, chair, of the SVG Port Authority emphasised the importance for managers to appreciate the work done by the general staff and to have a continued focus on training and personal development, as he collected the trophy on behalf of the workers.

The SVGPA has been focused on improving the organisation’s internal culture, the internal atmosphere at the workplace and the efficiency with which it operates; to date various policy changes have been made and the SVGPA is in the final stages of the development of a Terminal Operation System (TOS) that would see seamless transfer of information between the SVGPA and the Customs and Excise Department.

This TOS would bring further efficiency to the clearance of cargo as well as aid in the collection of current data for proper decision-making.

PMAC is a non-profit organisation with its main priorities being to improve the proficiency of member ports and the quality of services offered to their users, specifically through the facilitation of relevant training designed to maximise human resources, develop workers’ competencies, and meet the ever-increasing challenges of the global environment.

The St. Vincent and the Grenadines Port Authority is one of the founding members of PMAC.