Former murder suspect who became witness gunned down in Layou 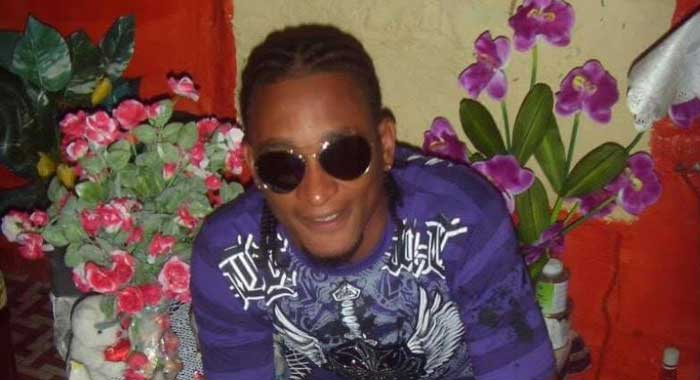 A Layou man who was a witness in a pending murder trial in which he was once charged, was gunned down in Layou Friday night, less than two years after he survived a gun attack.

Police say they believe that the murder of Billy Adams, 32, is related to the ongoing violence in the Central Leeward town, which has left several persons nursing gunshot injuries.

Adams died on the spot at a shop in the Swamp Gut area after receiving what police say appears to be a shotgun wound to the left side of his back around 8:35 p.m.

He was killed in the presence of his girlfriend and other patrons of the business, but it is not clear if anyone else suffered injuries.

Police told iWitness News at the scene that it is believed that Adams’ killer scaled an embankment to the back to the shop to gain access to the property, which is also accessible by a public road.

“We are moving to have this matter resolved and solved as quickly as possible,” police told iWitness News.

Adams was murdered less than two years after surviving an October 2016 gun attack in which he was shot three times.

In June this year, Matthew Quashie was sentenced to 20 years in jail after a jury found him guilty of attempted murder, wounding with intent, and two firearm-related charges, in connection with the attack on Adams.

Adams was a witness in the pending murder trial of Andy Quashie, 26, who has been committed to stand trial for the Sept. 1, 2012 murder of fellow Layou resident, Joseph “Evans” Lynch.

Lynch, a 38-year-old fisherman, was shot and killed in the street in Layou around 1 p.m.as he made his way home from the beach, some days after he was shot at while fishing.

Lynch’s death was said to be in retaliation to a murder that had resulted in one of his brothers being jailed.

Adams, then, 26, along with Adolphus Foye, then 17, and Andy Quashie, 26 at the time, were charged with Lynch’s murder.

However, Foye and Adams were freed of the charge, while Quashie was committed to stand trial and Adams was to be a witness.

Like police, residents of the town believe that Adams’ murder is connected to the spate of violence that has left the town on edge.

In June, a resident of the town contacted iWitness News expressing concern about the number of shootings that have taken place there since March 14.

At that time, at least four persons had been shot and injured in what are believed to be interconnected incidents in Layou.

“I feel something bad is brewing in my home [town] of Layou that will eventually result in death because I don’t feel these shootings are mere coincidence,” the resident who asked not to be identified, told iWitness News.

“All these shootings, coincidentally, occurred in the same area of Betromy,” the resident said.

Among the persons outside the police cordon at the murder scene Friday night was the mother of one of the men who had survived being shot in Layou this year.

“You have no idea how I feel when I hear gunshots,” she was overheard telling another person in the crowd.

Adams’ death brings to 16 the number of persons murdered in St. Vincent and the Grenadines this year.

Six of those killings, all by way of the gun, have taken place in July.